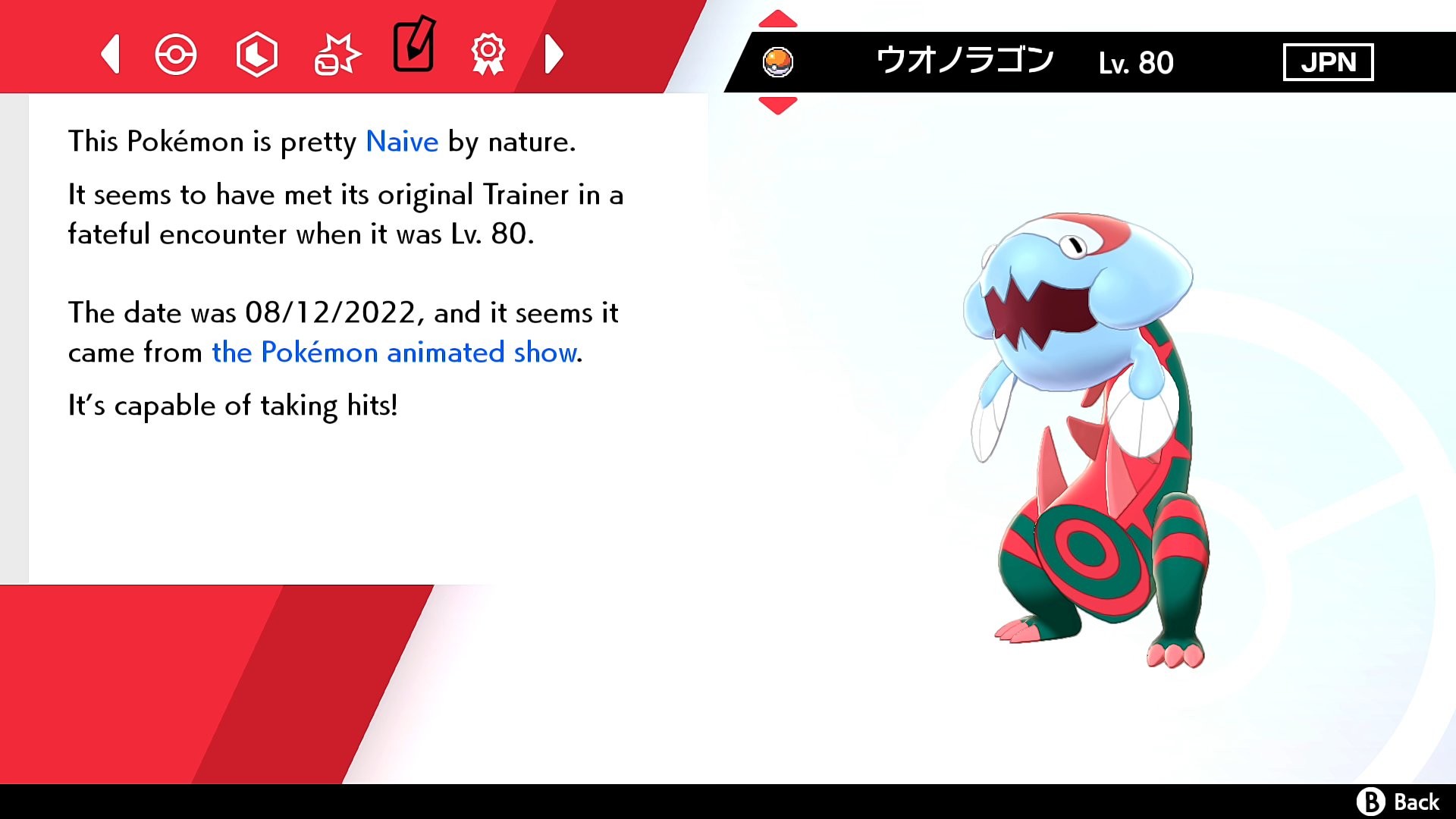 Ash’s Dracovish is being distributed to celebrate the Pokémon Anime’s Masters 8 Tournament arc. It has the ability Strong Jaw and knows the attacks Fishous Rend, Dragon Rush, Ice Fang and Water Gun. The Original Trainer is Ash’s name in Japanese (Satoshi) and it is at Level 80.

The rest of Ash’s team is also being distributed. Dracovish, Dragonite, Gengar, Sirfetch’d and Lucario will all be available globally via Mystery Gift, while a cap-wearing Pikachu will be distributed as a code in Japan alongside several Pokémon movies being shown in theatres during the summer.