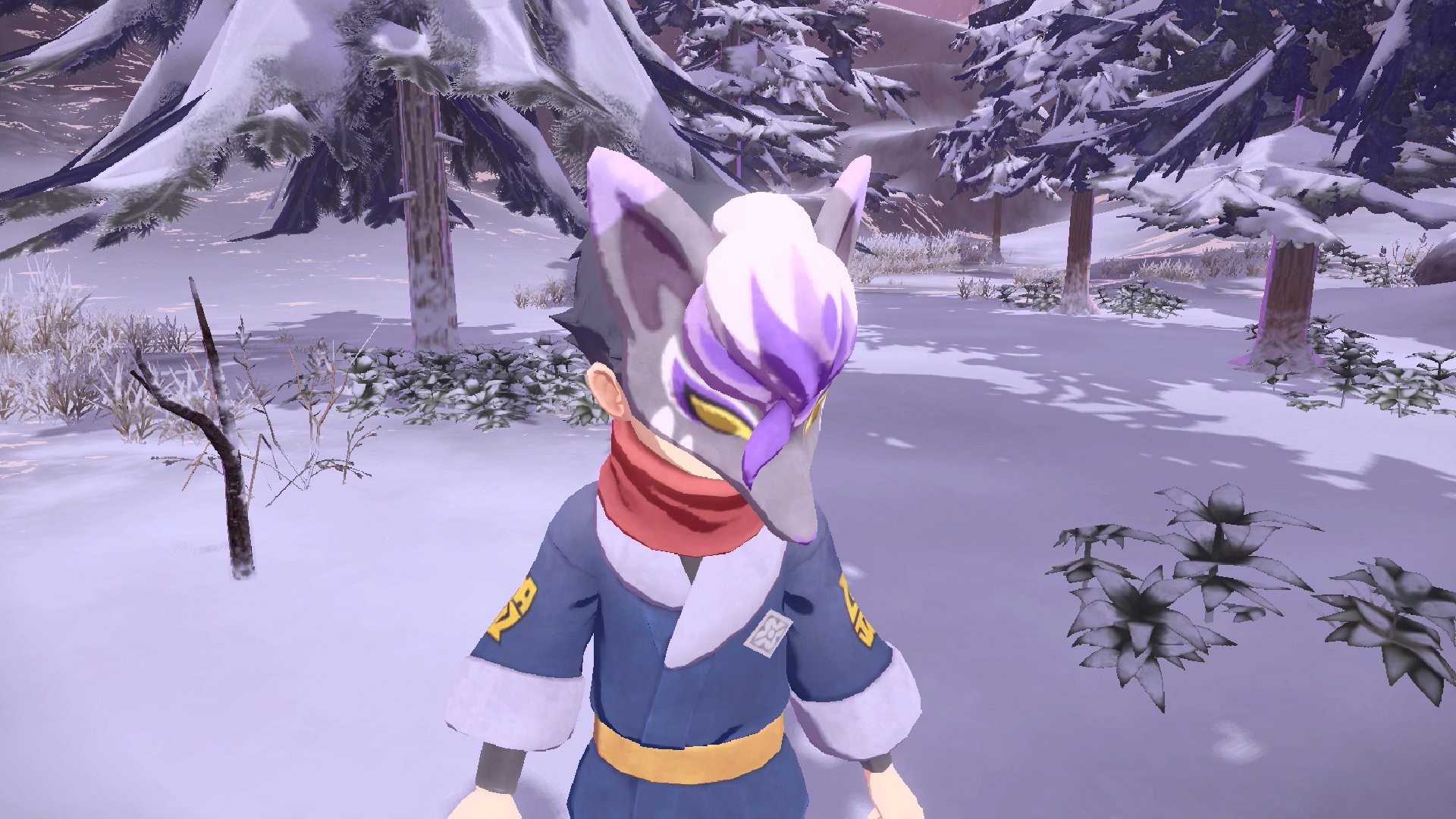 Much like the Shiny Zorua and Zoroark that feature in the web series, a shiny version of the Baneful Fox Mask – the normal version of which was previously an early purchase DLC bonus – is now available to claim in-game.

There’s no code for this Mystery Gift, so simply select the ‘Receive From Internet’ option in the Mystery Gift menu in-game. Nintendo Switch Online membership is not required.

As with other cosmetic items in the game, there is no special in-game effect for wearing the mask.

If you’ve missed the latest or any other episode of the Hisuian Snow web series, you can find all three episodes in our recent story about it.