Espeon leaps into action in Pokémon Unite on the 16th May 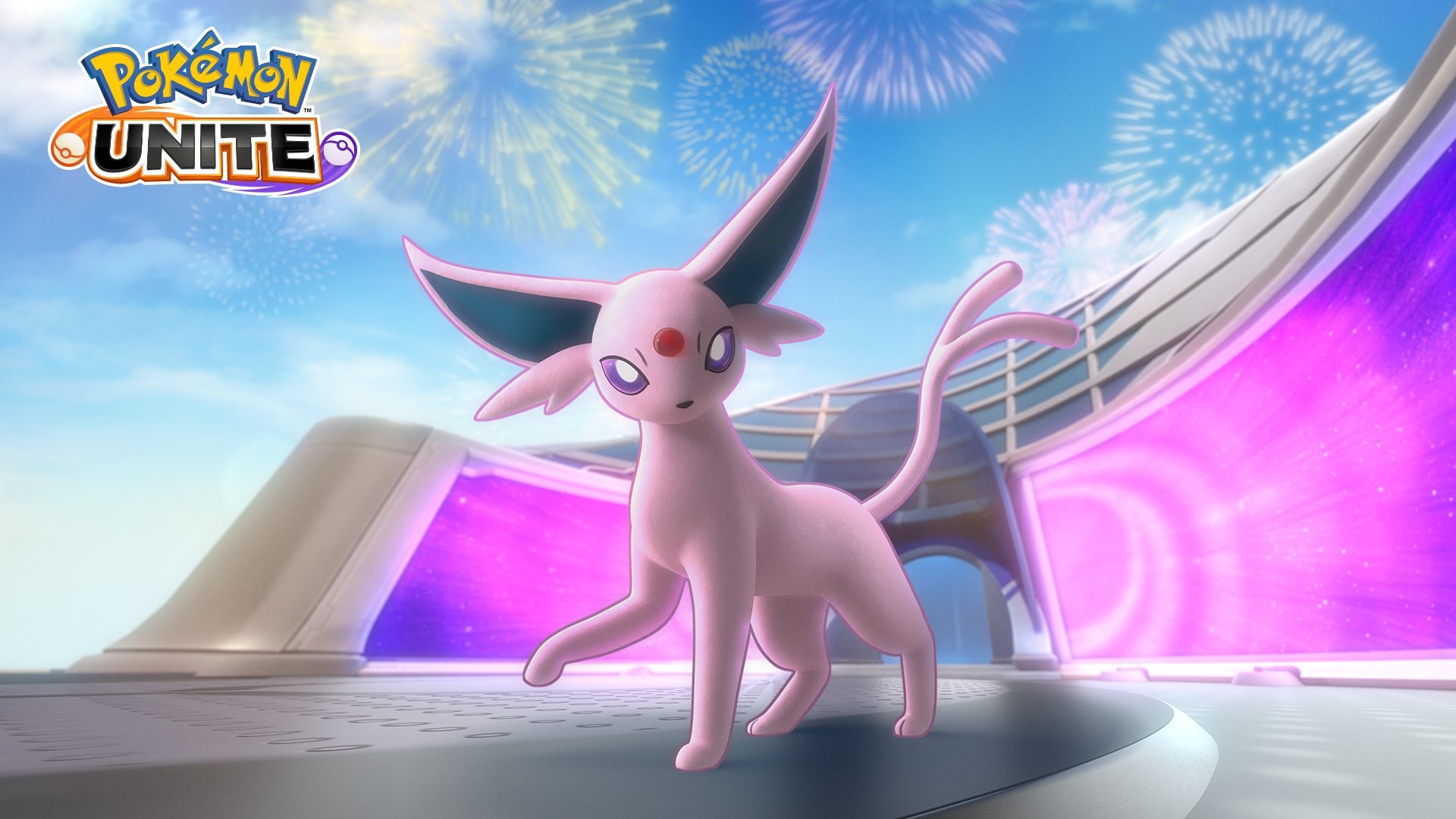 Espeon, Pokémon Unite’s second Eeveelution, will join the action next Monday, confirming rumours that came about following a datamine of the game in late April.

Much like Sylveon before it, Espeon is a Ranged Attacker type and evolves from Eevee during matches at Level 4. It’s moveset includes attacks based on Psyshock, Mystical Flame, Psybeam and Future Sight.

This makes Eevee the first duplicate Pokémon in Pokémon Unite, and opens the door for not only more Eeveelutions, but potentially alternates of other Pokémon – such as, for example, the currently non-evolving Pikachu were Raichu to be added to the game.

Last month’s datamine, which is now confirmed by Espeon’s introduction, would also suggest that Generation 6 Starter Pokémon Delphox will be joining the fray soon enough, as well.