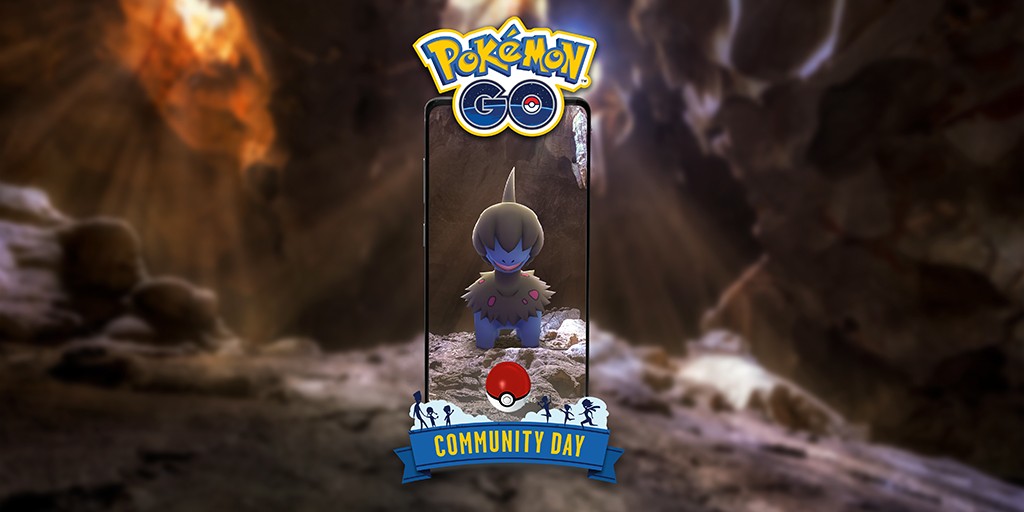 This month’s Pokémon Go Community Day has finally been announced, with the Generation V Dark/Dragon Type Pokémon Deino taking the starring role between 11am and 2pm local time on the 25th June.

As usual, Shiny Deino will also be available – although hopefully the odds are much better than they were for the supposedly boosted-rates on last weekend’s Go Fest… If you can build up enough Deino Candy to evolve one all the way to Hydreigon during or within 5 hours of the event ending in your timezone, it will also learn the Charged Attack Brutal Swing, which offers a 65 power attack in both PVP and Raids/Gyms.

A group bonus for catching enough Pokémon using a single Lure Module will also cause Zwelious to appear near the Lured Pokéstop.

Zwelious will also be appearing in 4-star raids in the 5 hours after Community Day (so between 2pm and 7pm). Defeating these Raid Bosses will also cause Deino to appear around the hosting Gym for the next 30 minutes. In yet another death-by-a-thousand-paper-cuts move against Remote Raiding, these Zwelious raids can onlybe accessed using Raid and Premium Battle Passes locally. Remote Raid Passes cannot be used.

The following Event Bonuses will be active throughout the main 3 hour Community Day event:

A $1.00 (or local currency equivalent) Special Research story will be available for purchase within the game’s store. These can also be gifted to other players as with the recent Go Fest and Alola To Alola event tickets.

New Community Day themed stickers and a new Deino Avatar hat will also be available during the day.