Grubbin line and Mega Scizor to join Pokémon Go with next week’s ‘Bug Out!’ event 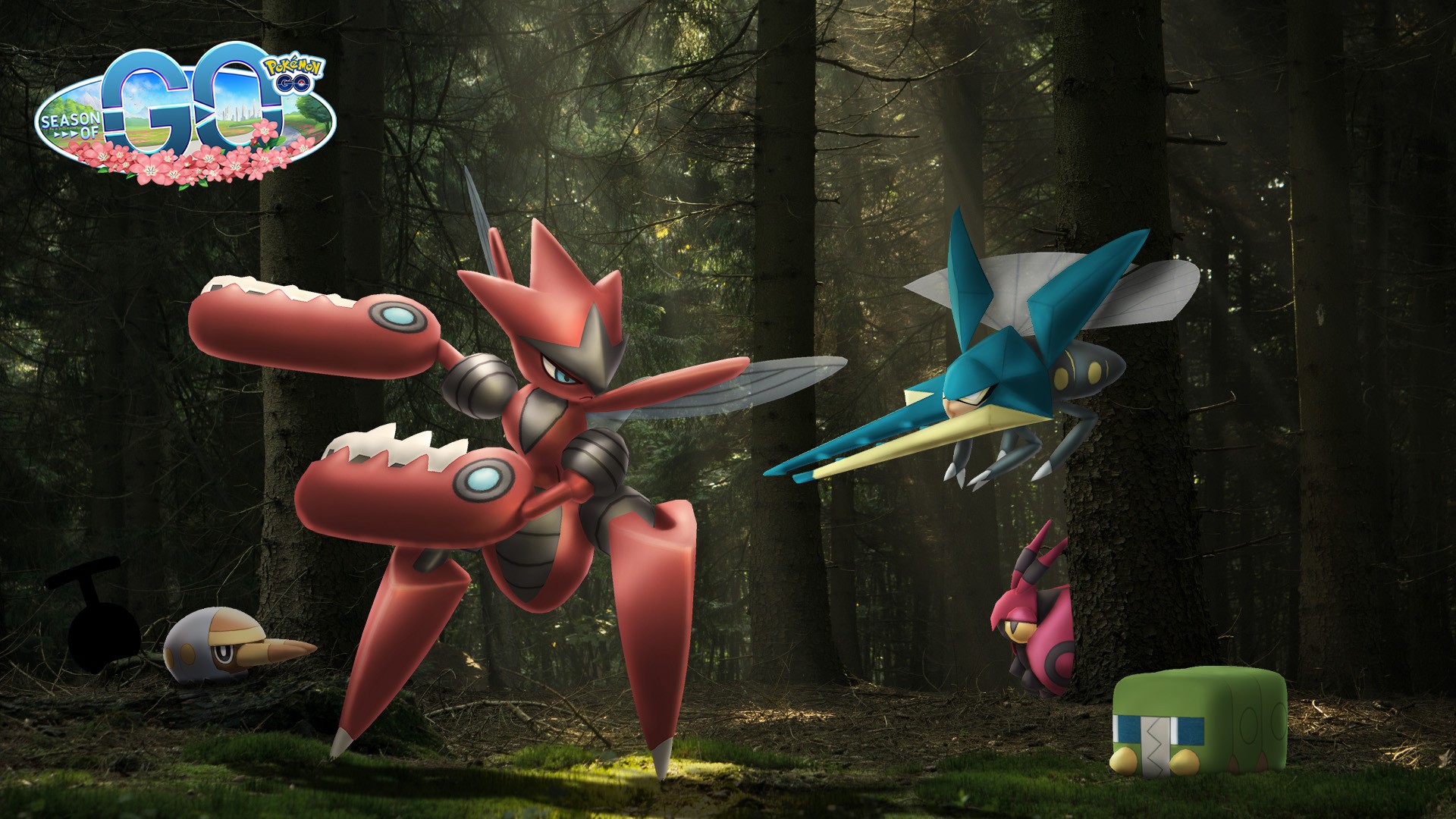 The full details on next week’s bug-themed ‘Bug Out!’ Pokémon Go event have been revealed. Running from 10am on the 10th August through to 8pm on the 16th, bug Pokémon of all shapes and sizes will be appearing more frequently in the wild and in raids – including the debut of Grubbin, Charjabug, Vikavolt and Mega Scizor, as well as the return of Genesect to Tier 5 raids.

Mirroring the location based evolution of Vikavolt in the main series games, you’ll need to be near an active Magnetic Lure Module with 100 Grubbin Candy to evolve Vikavolt.

A collection challenge featuring bug types will also reward players with the Bug Catcher Pose for free (it’ll be available in the shop after the event ends) and 15,000 XP for completing it. Additional event bonuses include 2x XP for catching Pokémon with Nice, Great or Excellent throws and special daily group bonus encounters triggered by three or more players joining an in-person Raid battle. After completing the raid, the following Bug Pokémon will appear for 15 minutes in a 300-meter radius around the hosting Gym.

Additionally, a photobomb encounter with an as-yet-unidentified bug Pokémon will be available randomly when taking snapshots during the event.

This weekend’s upcoming Pokémon Go Fest Sapporo will also feature some global research challenges that will activate Ultra Unlocks for the Bug Out! event if completed. Based on the previous Go Fest Ultra Unlocks, this will likely be possible encounters with a shiny Unown T and Pansage.