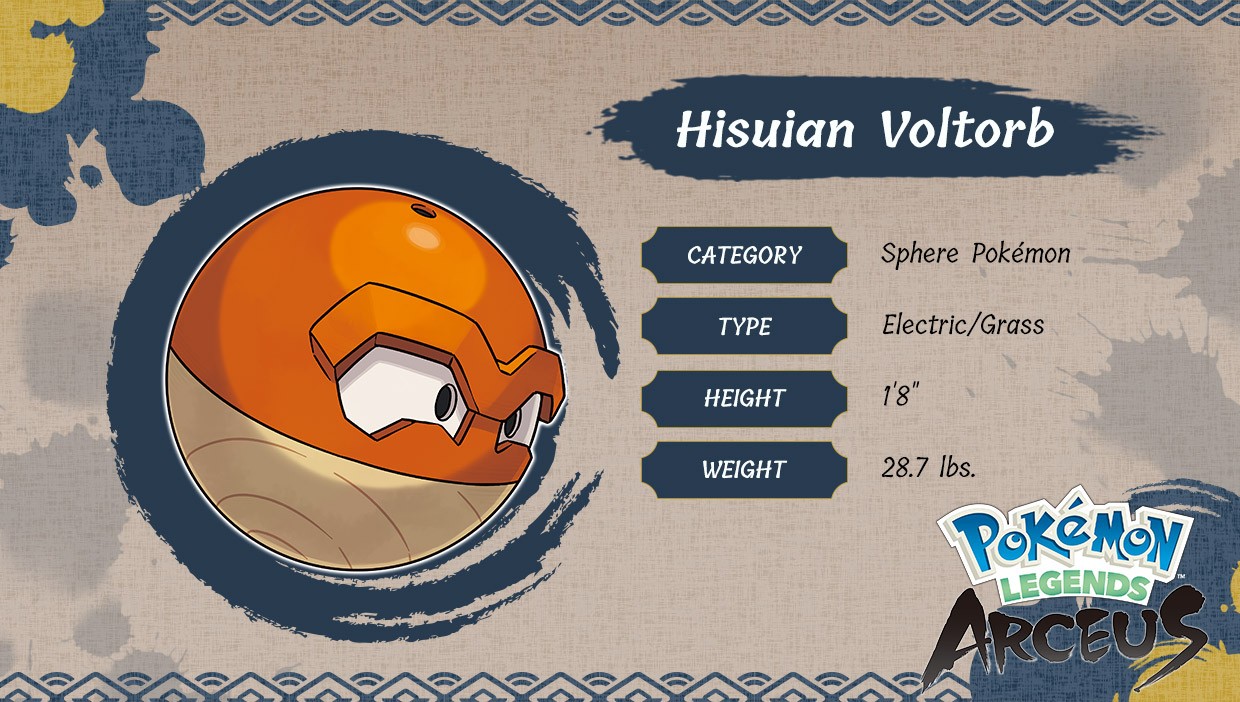 Hisuian Voltorb, much like the classic Kantonian Voltorb, takes its appearance after a standard Poké Ball, but in this case, the Poké Ball is the old, seemingly steam-powered and Apricorn-sourced variety, so naturally Voltorb also follows suit.

Presumably because of its Apricorn-related origins, this Voltorb is also a part grass type. It remains to be seen whether or not there’ll be a Hisuian form Electrode but it seems pretty likely!

There’s a full trailer for the new Pokémon below and it’s not the only video it’ll be starring in, either, as a short animation based on it will also be released tomorrow.