This week’s Pokémon Scarlet & Violet update was a bit more of a detailed recap of everything announced so far ahead of next month’s launch, but it still had plenty of new details to share, including a new evolution for Girafarig – Farigiraf – and a Sandwich Artist Simulator minigame.

The biggest headline act was that Girafarig, a standalone 2nd Generation Pokémon that perhaps has never really gotten as much love and attention as some of it’s peers, is finally getting an evolution in the form of the awkwardly named Farigiraf. While retaining the Normal/Psychic typing, Farigiraf brings with it two brand new abilities.

With Cud Chew, when the user eats a berry in battle, it will then eat it again one more time at the end of the next turn. Armor Tail meanwhile will make opposing Pokémon unable to use priority attacks in battle against it. 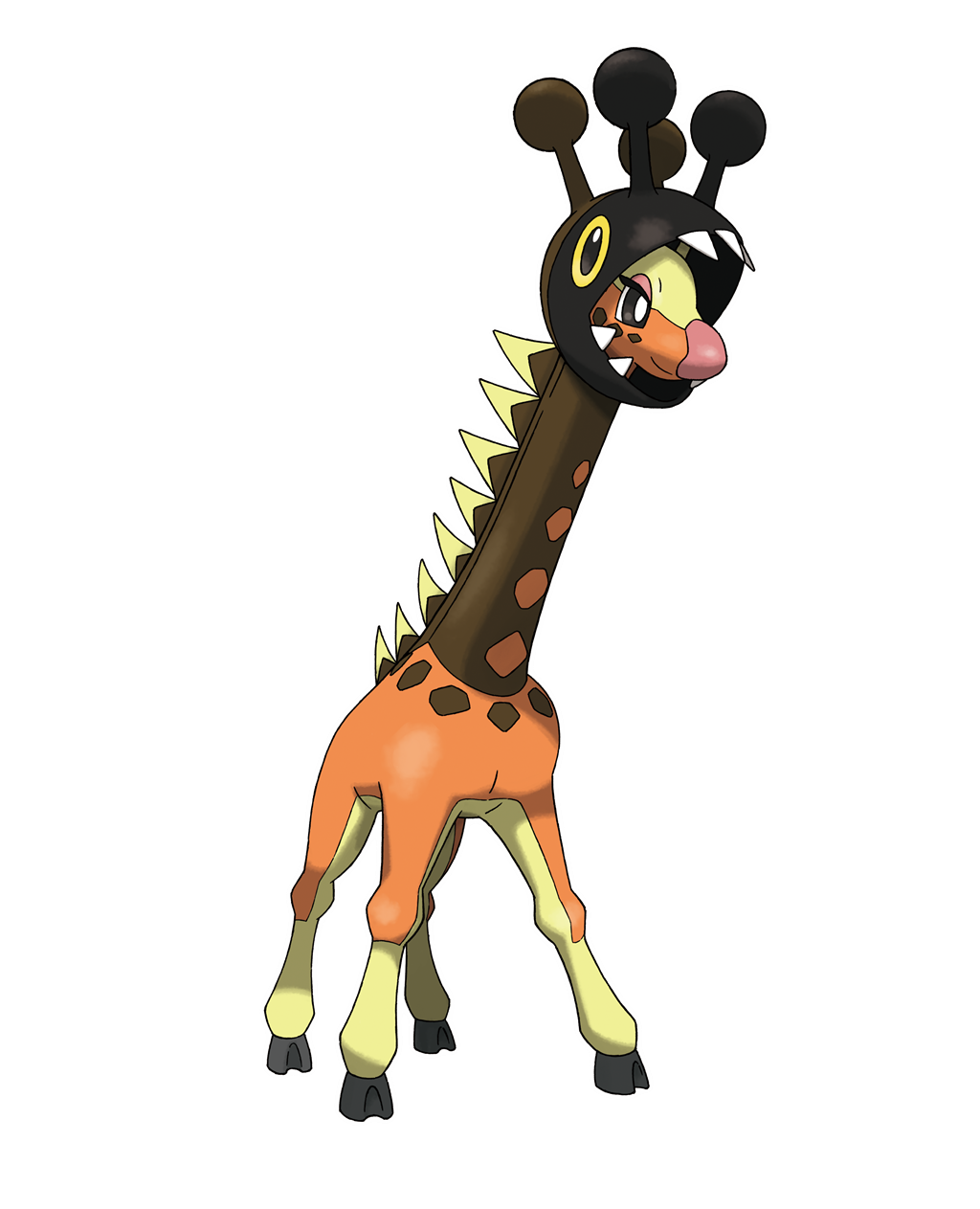 Quite how Girafarig evolves into Farigiraf is unclear – although it should be noted that the trailer saw the Girafarig being traded beforehand. While it clearly isn’t a trade evolution, as it then evolved after a battle, it’s quite possible that you may still need to trade the Pokémon first if Sword and Shield’s sometimes maddening new evolution mechanics are to be used as the new baseline…

Some secret bonus new Pokémon as a treat

While Firagiraf was the only real new Pokémon announcement, a reveal of the game’s mini map also showed three new Pokémon (and a Rookidee) on it.

With no real announcement of these Pokémon to go on we can’t say too much more about them, but they seem to be a (surprisingly) plain looking mouse Pokémon, a green parrot-like Pokémon and… the Sandbag from Smash Bros wearing a rock as a headband?? We’ll, er, get back to you on that one.

Following on from Pokémon Sword & Shield’s camp and curry mechanics, Scarlet & Violet feature will feature a very similar mode to spend some time with your Pokémon while out exploring the Paldea Region. This time, the theme is picnics, with a sandwich-making mini-game taking the place of making curries.

The designs of the tablecloth, cups, water bottles and other picnic items can all be customised, while the sandwiches made during these picnics can have a multitude of effects on both restoring your Pokémon’s health and buffs like boosting your catch rates for certain Pokémon types dependent on the ingredients used.

During these picnics you can also choose to wash your Pokémon – who will get dirty from battling or adventuring with the player across Paldea. Much like the Pokémon Refresh feature from Generation 7, this will also restore your Pokémon’s health (and presumably any status conditions). It will also increase your bond with your Pokémon, so should help with happiness evolutions.

It was also shown that you might find a Pokémon Egg in your picnic basket while playing in this mode – although it’s not yet clear what the actual mechanics behind that will be, or if this might suggest a change to the breeding mechanics in general.

One of the counters at Pokémon Stops across Paldea is the TM Machine, a tool to create potentially any of the region’s available Technical Machines by using a combination of League Points (obtained through playing through the Gym Challenge or by trading in materials) and materials dropped by wild Pokémon after battle. The selection of TMs available will increase throughout your adventure, and while TMs are once-again single-use, you can effectively get an infinite supply of them with these TM Machines and a bit of elbow grease.

While there wasn’t a whole lot more new information, a few details were finally clarified after a few months of speculation.

Firstly, it has been confirmed that all Pokémon can potentially have any one of the 18 Tera Types available. Some of which will also be available to encounter in the wild by finding Pokémon with a bright shining aura over them. These will Terrastalize in battle and you must weaken them to knock them out of this form before being able to capture them.

Secondly, despite some vague wording on the feature when it was first announced, it’s been clarified that the 4-player co-op Union Circle feature will also be available online as well as in offline local network play. You will also be able to interact with other players and their Pokémon in the picnic mode this way.