A new microsite launched on the Japanese official Pokémon website this morning, with a Zoom-Lecture style presentation from the ‘World Pokémon Ecologial Society” taking a look at the various wild Pokémon and habitats in Pokémon Scarlet & Violet‘s Paldea Region. As well as highlighting even more returning Pokémon appearing in the game, such as Applin and Abomasnow, a brand new Pokémon also appeared with a similar, but decidedly strange appearance to Diglett, called Wiglett.

Unlike the ground-type Diglett, this new Pokémon lives around the beaches and seas of the Paldea region and has a razor-clam like body that extends out of the ground, giving it the appearance of a long neck. The presentation describes it as a “Sea Diglett” and seems to be a completely new (albeit related) Pokémon as opposed to a Paldean form of Diglett.

The Kantonian form of Diglett is also shown to appear in the dry and arid areas of the Paldea Region. 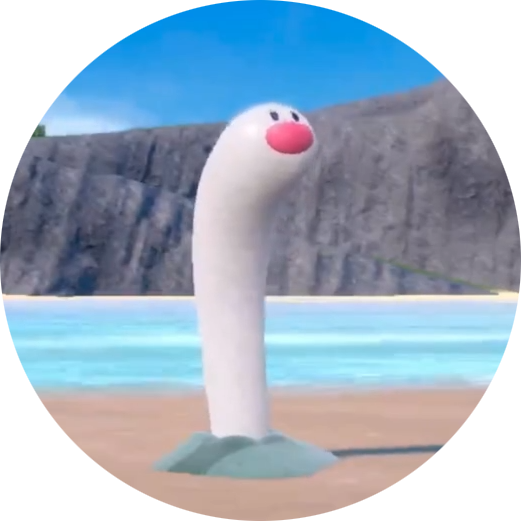 The rest of the presentation contains brand new footage of other habitats in the Paldea Region, including territorial battles between wild Zangoose and Seviper and wild Sandiles swimming through the region’s desert.

While we have a video available of the presentation automatically translated to English by machine, we will have to wait to see if full details and a reveal in English will come later on. For now, we’ve added ‘Sea Diglett’ to the Cryptidex page and will have more on it as soon as we can!

Update: An official translation of this part of the presentation has confirmed that the new Pokémon’s name is Wiglett. We’ve updated some details of the post for clarity.