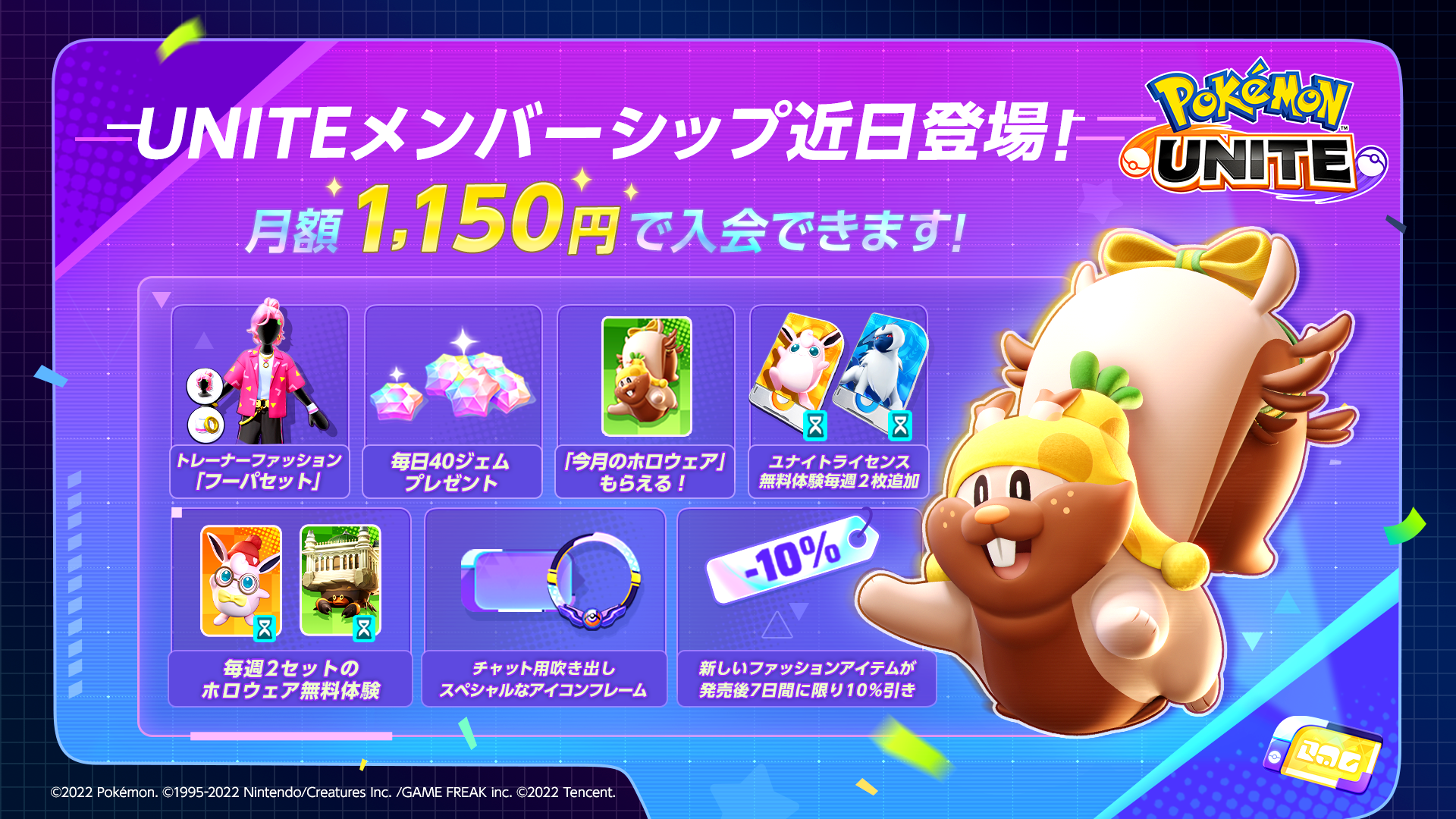 Announced alongside the upcoming Battle Pass rewards, a new monthly subscription for Pokémon Unite will soon follow in the footsteps of other Free To Play games by offering a premium-currency stipend and other rewards for a regular cash injection.

Priced at 1,150 Yen a month, which is approximately $9 or around £7, the membership will offer a selected “Holowear of the Month” for ‘free’, along with a daily stipend of 40 Gems – Pokémon Unite’s premium currency. That effectively offers about 1,200 gems a month for half the price of buying them directly.

Each week, members will also be able to trial two additional Unite Licenses for free and try two kinds of Holowear for free. 10% discounts on Trainer fashion and exclusive chat balloons and icon frames round out the rest of the ongoing bonuses.

Registering for the membership will also earn a one-time bonus of a Hoopa-inspired set of Trainer fashion items.

The launch date for the membership service is yet to be announced, as is it’s availability and price outside of Japan, so far. Cancelling your membership will not remove your access to the items and gems obtained during the subscription but, weirdly, the subscription – and any of the benefits from it – can only be used on one of eitherthe Nintendo Switch or mobile versions of the game, so you would have to prioritise the version you play on the most.

For players who already play a lot, the membership might have some value in the slow trickle of gems available at a somewhat cheaper rate, but it looks like it’d be pretty difficult to tempt casual or lapsed players with the otherwise slim offerings for what is, essentially, the price of a Disney+ subscription…