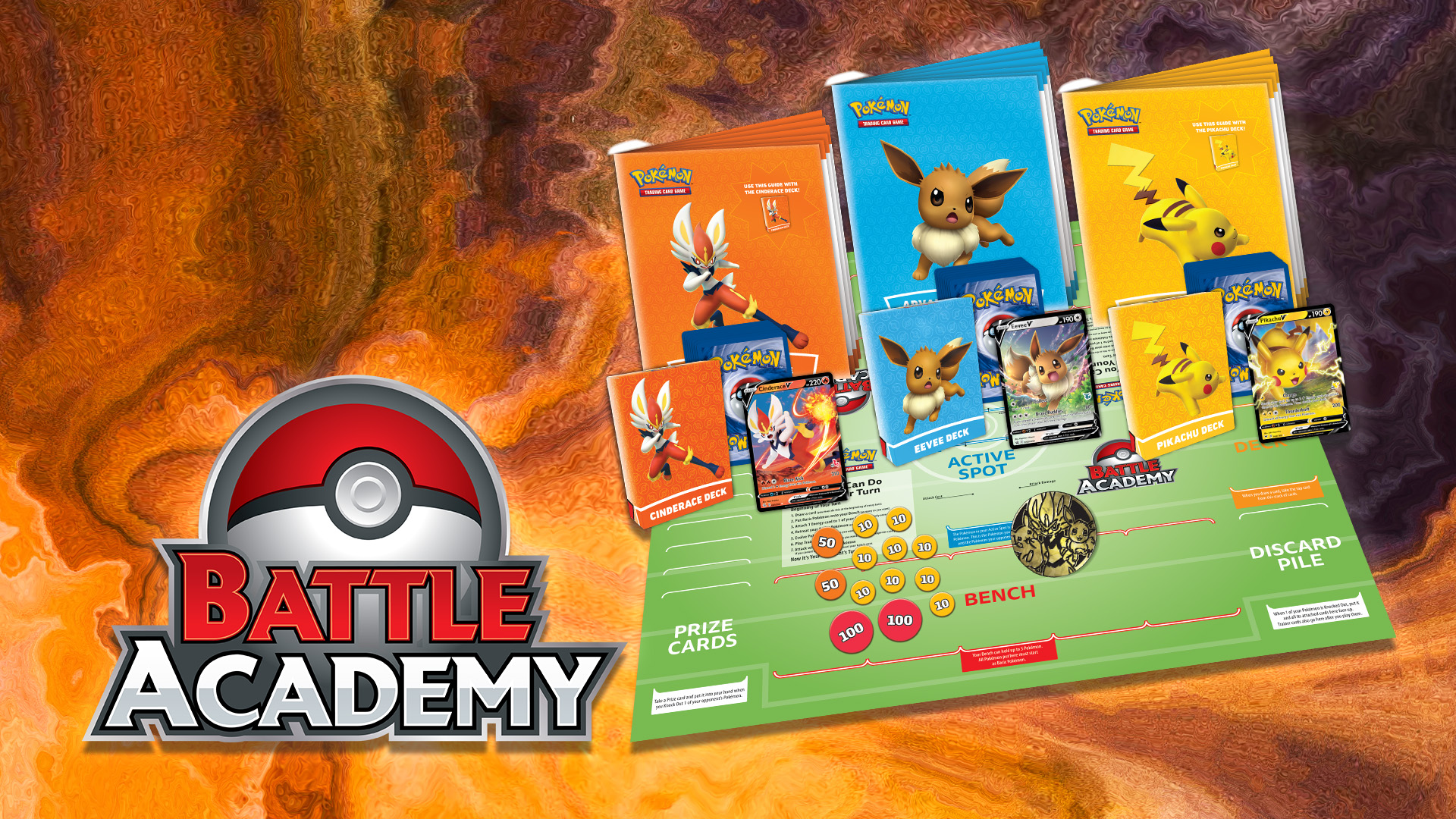 A new version of the Pokémon TCG Battle Academy board game has been released. Much like the original version released in 2020, this new version of the Battle Academy packages together 3 complete decks of standard Pokémon TCG cards along with a cardboard play ‘mat’ in a way that makes it as simple as setting up a classic board game to get started playing a game of the TCG with your friends and family.

While the original release had decks centred around Pikachu, Mewtwo and Charizard, with each deck containing a star GX Pokémon card of Raichu, Charizard and Mewtwo, this version comes with Cinderace, Pikachu and Eevee decks and introduces the Pokémon V feature from the Sword and Shield sets.

This means that the package will also include Cinderace V, Eevee V and Pikachu V cards. A code to add your cards to the new Pokémon TCG Live app will also be included.

While aimed at making the TCG immediately accessible to new players, because the game is still played using standard TCG cards, you can also infinitely ‘expand’ the game with other theme decks and expansion packs.

The new version of the Battle Academy is available now available at the Pokémon Center in the US, Canada and UK, and at participating retailers around the world. The original version was a best-seller when it released two years ago and was named Game of the Year in 2021 by the US Toy Association.