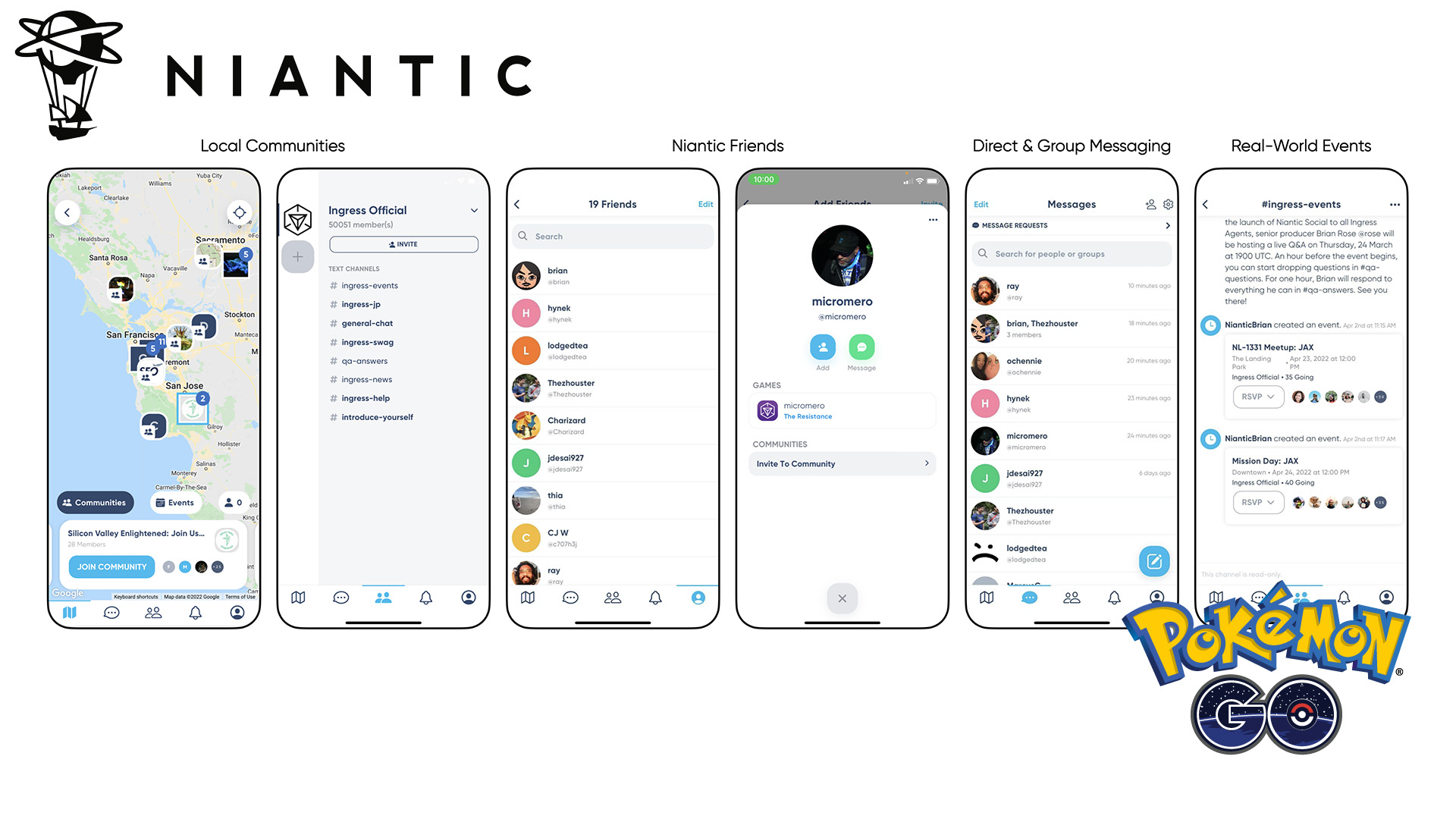 Niantic today announced their version of a swing at the ‘Metaverse’ tech bubble: a suite of new social features for both Pokémon Go and other Niantic games, such as Ingress and the upcoming Peridot, aimed at making it easier to get in touch with in-game friends and other local players. Meanwhile, changes to raids and rewards are coming next week as another step in Niantic’s march towards deciding that the Global Pandemic is now over.

The new social features announced are currently in testing with select Ingress users in a new, dedicated Niantic app. Some of the features are implied to also be available within Pokémon Go itself, but it’s currently unclear how much is only available within the new app.

If most of these features come to the Pokémon Go app itself, it could make for a significantly better experience in organising remote Raids or sharing gifts with friends. Particularly as their latest new feature, gifting friends paid in-game tickets, such as next month’s £14 Go Fest tickets, has been widely criticised for the fact that the app will allow you to purchase that ticket, even if your selected friend has already paid for it. Sending a message to your friend in-game to ask them first would surely be much easier than having to ask Niantic Support for your money back afterwards.

As part of Niantic’s overall drive to make us all less anti-social after 2 years of staring at the same four walls all day, changes to Local Raid Battles will be rolling out soon. Mega Energy and Rare Candy XL will now be available as rewards for completing specifically Local Raid Battles.

Meanwhile, from the 23rd May, the 1 PokéCoin Event Boxes will no longer contain any Remote Raid Passes, leaving the only remaining options to obtain them being the 100 PokéCoin individual pass or the 250 PokéCoin triple bundle. A rotating array of other items will replace it in this Box, though no details have been provided on what those items might be.

Fortunately, despite concerns earlier today when Niantic accidentally leaked the headline of today’s blog, Remote Raids will still be available in-game. But, with so many changes directly aimed at pushing players back into Local Raids and in-person play – regardless of individual or global health circumstances – the writing may be on the wall for their inclusion in the game altogether eventually.