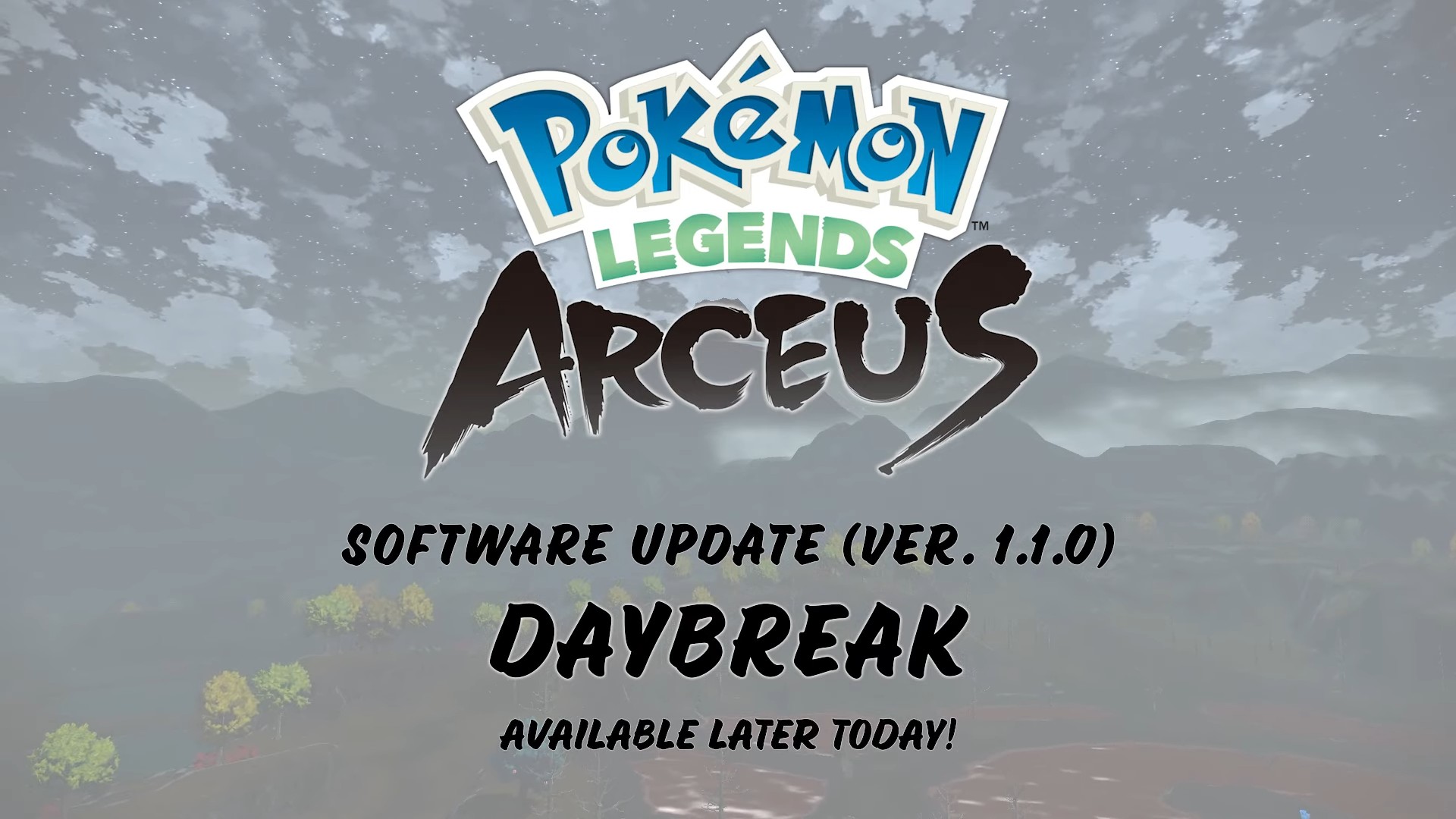 Today’s first big Pokémon Day announcement is that the first major update to Pokémon Legends Arceus is not only happening – but is out today!

The free v1.1.0 ‘Daybreak’ update brings with it a new investigation into new outbreaks of Pokémon, including powerful Alpha Pokémon, across the Hisui Region. It also adds the new opportunities to battle powerful opponents such as Legendary Pokémon and Hisui’s Wardens. It’s yet to be confirmed whether there’ll be more updates to Legends Arceus to come, but the Monster Hunter style named update seems promising in suggesting our Hisui Region adventure might last a fair bit longer!

In the meantime, a new Mystery Gift will be available in the game through to the end of March, handing out 30 Ultra, Gigaton and Jet Balls with the password ARCEUSADVENTURE.

A new online animated series set in the Hisui Region, and produced by the team behind The Power Of Us Pokémon Movie will also be launching later this year.

The full trailer for the Daybreak update is available below. Make sure to check back later for even bigger news from today’s Pokémon Presents!