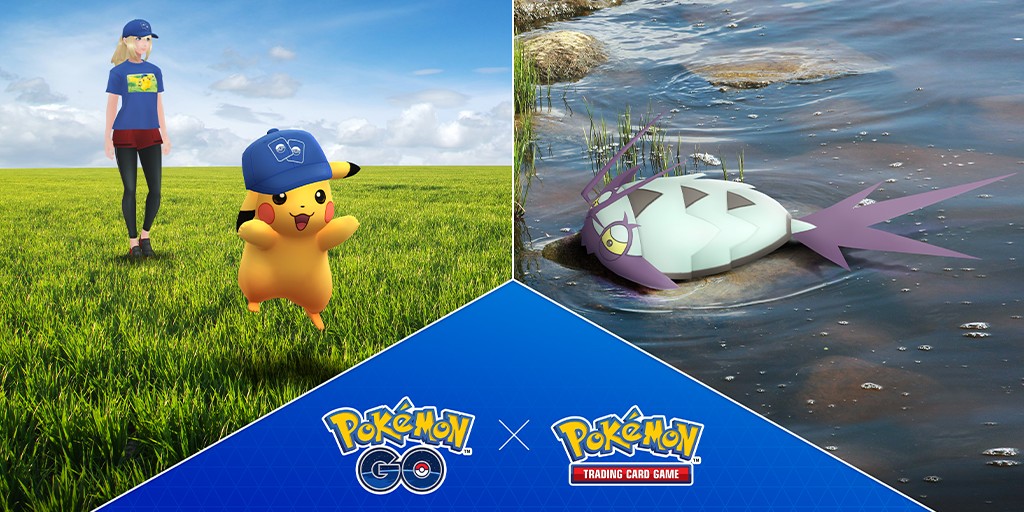 Further details on the Pokémon Go crossover with the Trading Card Game have been announced today. As well as the details on a load of new cards featured in the upcoming TCG expansion set, a special celebratory event will run within Pokémon Go between the 16th June and 30th June (10am to 8pm local) that not only introduces Wimpod and Golisopod to the game, but features the return of Shiny Meltan.

The latest Pokémon TCG expansion set, based on Pokémon Go, launches next month and features Pokémon that have either already appeared in Pokémon Go, or like Wimpod and Golisopod, are making their debut. A special Pikachu wearing a TCG-themed hat will feature both within the card set and in Pokémon Go during the crossover event. A Mewtwo V card will also celebrate Pokémon Go’s first Legendary Raid boss, while Mewtwo itself will return to 5-star Raids during the event.

Alongside the debut of Golisopod, Wimpod and the new Pikachu form, Shiny Meltan will be available or the first time in over a year when using the Mystery Box item obtained from sending Pokémon to Pokémon Home or Pokémon Let’s Go Pikachu/Eevee. The amount of time you will have to wait to use the Mystery Box again will also be reduced during the crossover event.

Six Collection Challenges of varying difficulty will be available between the 16th June and 30th June (10am – 8pm local). Rewards for these include XP, a Lure Module and an Incubator as well as encounters with Venusaur, Charizard, Blastoise and Meltan – all of whom may be Shiny.

A further three Collection Challenges will be available between the 23rd June and the 30th June (10am – 8pm local) which will grant an additional chance to encounter Shiny Venusaur, Charizard or Blastoise.

The following Pokémon, based on those that feature within cards in the new TCG expansion, will appear more frequently in the wild during the event weeks:

Completing Field Research Tasks from Pokéstops during this event may reward the following encounters: