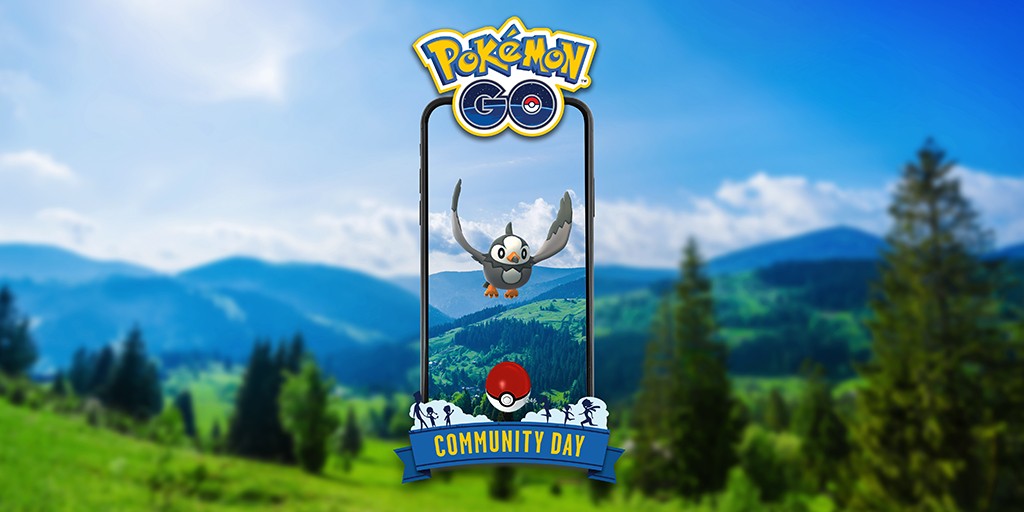 This month’s Pokémon Go Community Day has been confirmed to take place between 11am and 2pm local time on the 17th July and will feature Starly and its Shiny debut.

During the event and up to five hours afterwards, Starly that are evolved all the way through to Staraptor will learn the Fast Attack Gust, which has 16 base power in Trainer battles and 25 base power in Gyms and Raids.

A Community Day Special Research will also be available in the shop for $1.00 to add a series of Research Tasks and rewards for the day.

A group bonus for catching a certain amount of Pokémon using a single Lure Module will also increase the XP boost to 4x for 30 minutes for any further Pokémon caught using the Lure.

As with last week’s Deino Community Day, this month’s will also run an extended event between 2pm and 7pm local time where Staravia will appear in Four Star Raids that can only be accessed locally. Defeating Staravia will cause more Starly to appear around the Gym that hosted the raid for 30 minutes.

Starly and Community Day themed stickers will also be available from Gifts and in the in-game shop.