Pokémon Go to celebrate its 6th Birthday this July with Anniversary events, hats, Starter Pokémon and a buttload of Charizards 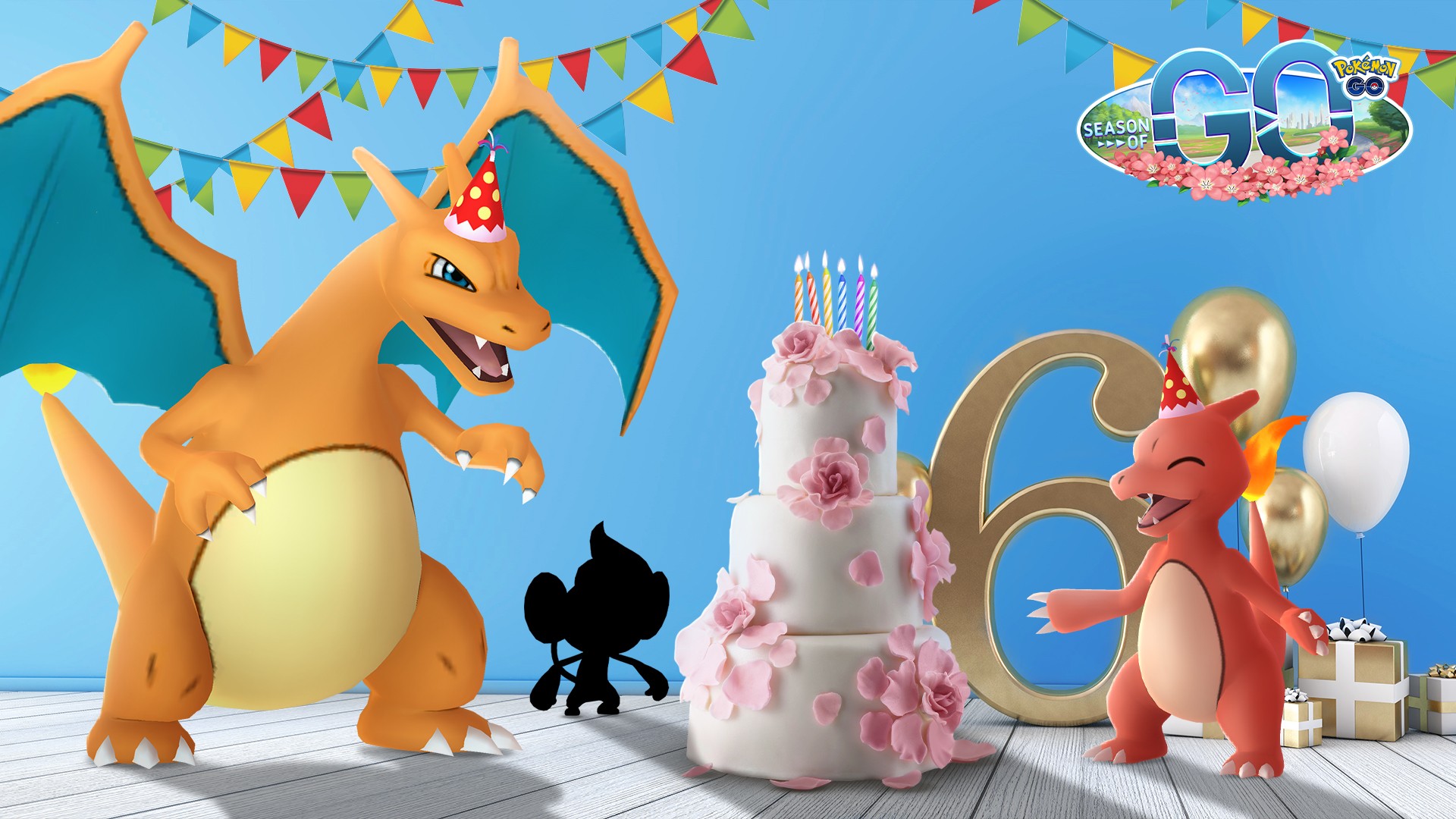 This July marks 6 years since Pokémon Go launched (and arguably the last positive moments before the entire world started to completely fall apart, but hey, who’s counting) and to celebrate, Niantic are throwing a Birthday Party and sending invites out specifically to Pokémon #006, Charizard.

Between 10am on the 6th July and 8pm on the 12th, the Pokémon Go Anniversary event will see the debut of not only yet another hat-wearing Pikachu (this one’s a cake), but also party hats for Charmeleon and Charizard. Party Hat Charmander, which was part of a previous celebration event, will also return.

The full array of Starter Pokémon currently available within Pokémon Go will be available throughout the event as rewards for Field Research Task encounters.

Between 12am on the 9th July to 11:59pm on the 10th, a Team GO Rocket themed Battle Weekend will be taking place. A Special Research starring Giovanni will be available through to the 1st September, rewarding a Super Rocket Radar and the chance to defeat Giovanni and save Shadow Latios.

Team GO Rocket balloons will also appear every three hours, with Shadow Geodude, Shinx and Purrloin joining others as Shadow Pokémon encounters. The GO Battle League will also reward 4x the amount of Stardust and a Charged TM can be used during this Battle Weekend to help a Shadow Pokémon forget the move Frustration.

The Rest of July

Also recently announced are Raid bosses and Spotlight Hours for the rest of July, featuring the return of Kanto’s three Legendary Birds.

July’s Breakthrough Encounter for completing 7 daily Research Tasks will be Lickitung, which may also be Shiny.

Finally, an additional event is scheduled to take place between the 27th July and the 2nd August, bringing the debut of more new Pokémon yet to be revealed.