Pokémon Go’s Water Festival kicks off this Thursday with the debut of Dewpider, Araquanid, Tapu Fini and a special costumed Lapras! 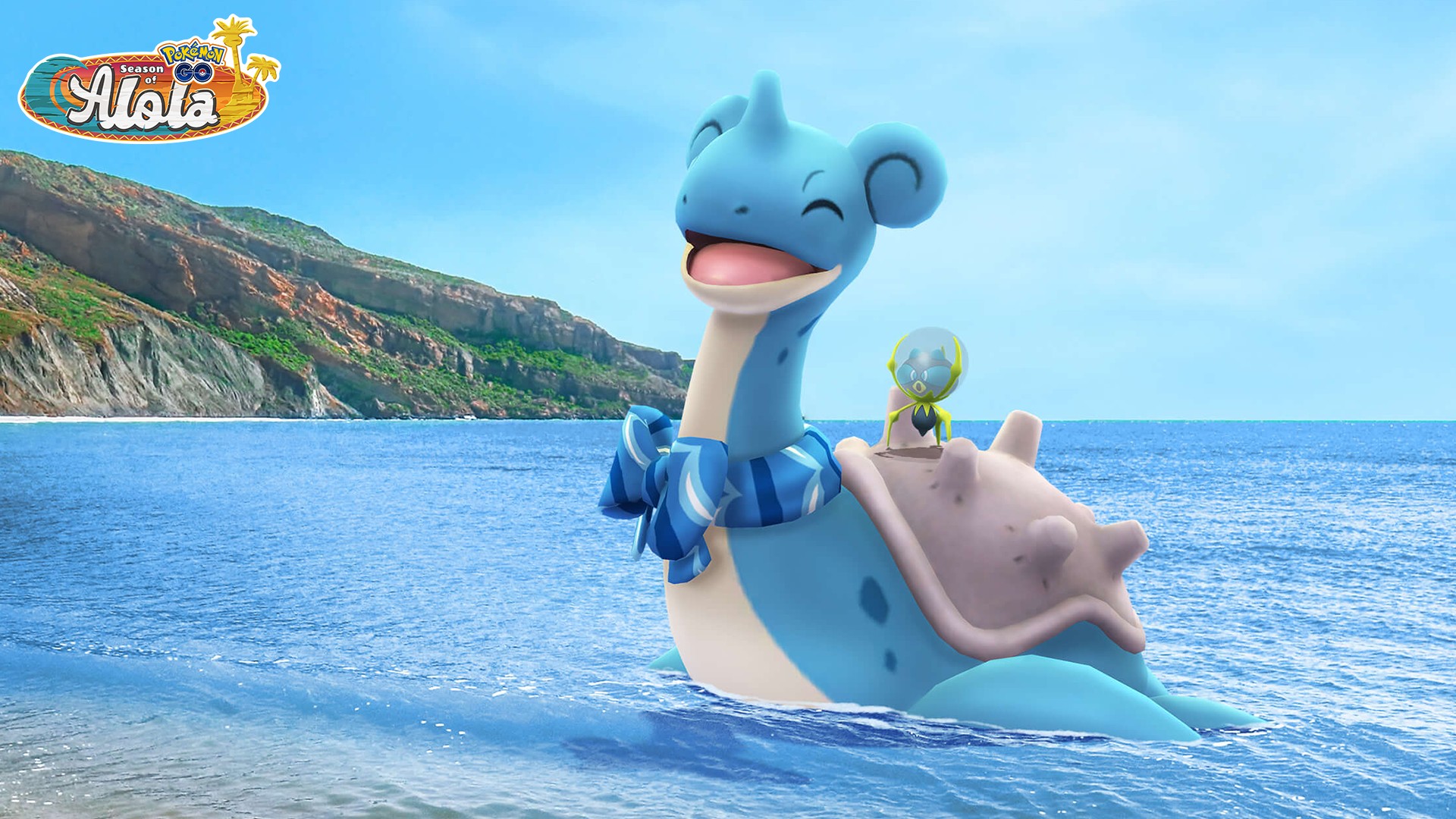 Announced back in April, Pokémon Go’s Water Festival kicks off this Thursday the 12th May at 10am local time and will see the debut of Dewpider, its evolution Araquanid, the Legendary Pokémon Tapu Fini and a special – potentially Shiny – costumed Lapras, wearing a dapper blue scarf.

Shiny Binacle will also make its debut in the game this week alongside increased spawns of tonnes of other Water types.

Replacing the Mega Latios & Mega Latias raids from the 12th will be Tapu Fini, the final Guardian Deity Pokémon to make its debut in the game. To go with Tapu Fini’s appearance, the fourth Season of Alola Special Research mission, Poni Island Special Resarch, will also be available starting tomorrow.

Timed Research focused on catching certain Pokémon will also be available during the event with rewards of 50 Mega Gyarados Energy, 1,000 XP, 1,000 Stardust and encounters with Lapras wearing a scarf and Dewpider.

Finally, Mega Blastoise Raids will be available, as will new avatar items including a scarf just like Lapras’s that you can adorn your trainer with to match. A two-hour boost to Rainy Lure Modules, a 2x Candy boost for hatching eggs and an increased amount of Candy XL for hatching eggs will also be available to all players.