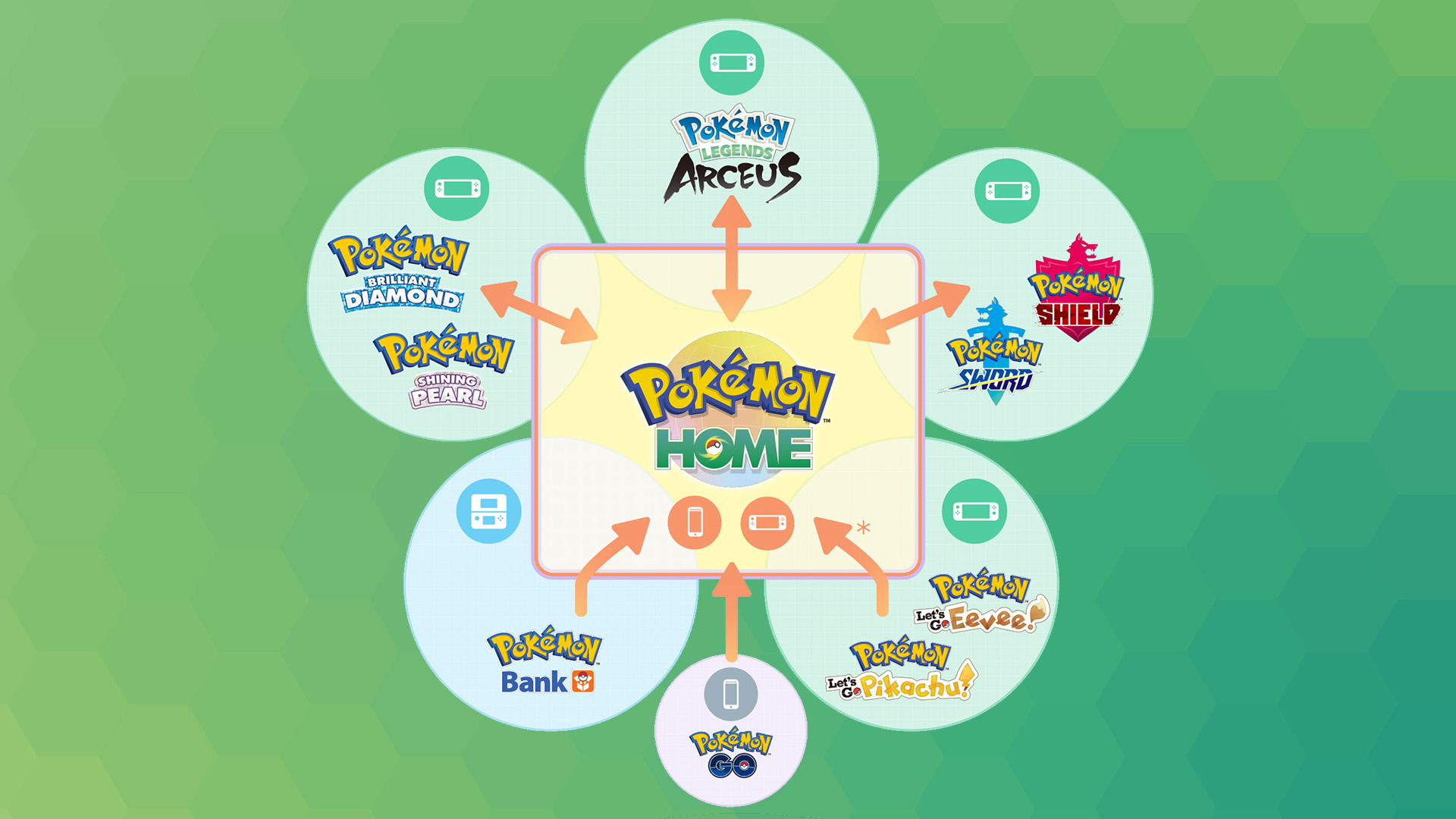 After months of waiting, the much-anticipated update to Pokémon Home adding support for the most recent Pokémon games is finally nearly here. Announced to be arriving in “the coming weeks”, version 2.0.0 of Pokémon Home adds two-directional support for both Pokémon Brilliant Diamond & Shining Pearl and Pokémon Legends Arceus.

Due to the considerably different – and fewer – types of PokéBalls available in Pokémon Legends Arceus, a brand new type of PokéBall, called a Strange Ball, will replace PokéBalls that do not exist in their respective game for Pokémon transferred to them. For example, as Dusk Balls do not exist in Pokémon Legends Arceus, any Pokémon caught with one will appear within a Strange Ball instead when transferred to the game. Meanwhile, Pokémon caught in, for example, a Feather Ball will change to a Strange Ball within Pokémon Brilliant Diamond & Shining Pearl.

Pokémon Sword & Shield will show these Pokémon within normal PokéBalls, however – suggesting that no significant update is on the way for the 2019 games to go with this Home update.

However, Pokémon Scarlet & Violet are confirmed to support at least some Hisuian Pokémon being transferred into it once it too supports Pokémon Home.

Pokémon Legends Arceus specific details such as whether a Pokémon has mastered a move, as well as its Effort Values will also be shown in Pokémon Home. They will also show as not having any Ability, though one will be assigned to them from their normal Abilities if they are transferred to another game.

There are also some other details and caveats to be aware of regarding transfers between the new games and Pokémon Home.

Previously, Pokémon Home featured a collective National Pokédex that was updated from your connected games’ save data. This will expand in version 2.0.0 to also include each game’s regional Pokédex, with entries in these Pokédexes being determined by the Pokémon currently in your boxes when the update is installed. Any Pokémon previously registered but traded away will not be added to the new Regional Pokédexes.

Special Pokémon Gifts based on each game’s starter Pokémon will also be available in Pokémon Home after linking to the new games for the first time.

Finally, additional achievements and stickers for Legends Arceus and Brilliant Diamond & Shining Pearl within the mobile version of Pokémon Home will also be added when the new version is available.

The exact release date of the Version 2.0.0 update isn’t yet known, but it should be available within the next couple of months at least.