After four long days filled with fascinating battles the entire way through the five-game field taking the stage this year, Pokémon’s 2022 World Championships has drawn to a close with a bang with an eye towards next year’s series’ following the release of Pokémon Scarlet & Violet this November.

Pokémon EX returns to the TCG… sort of

This year’s big announcement for the next season of the TCG is firstly the unsurprising news that a new standard series based on the first Scarlet & Violet set will be used for next year’s season. But more interesting was the news that the set would be bringing back Pokémon EX after several seasons of further and further power creep ever since the debut of Pokémon V with Sword and Shield.

Although this time the mechanic is specifically styled as lower case rather than uppercase as it was previously, the fundamentals are the same. Pokémon of any stage level can be a Pokémon ex, they will be more powerful than standard versions of that Pokémon and knocking them out will reward two prize cards rather than one.

While the return of a long-standing mechanic might not sound too exciting, it does represent a deliberate step down from the power creep that has dominated the game arguably ever since Mega Evolution was introduced with the first X/Y set in 2013. The TCG’s Game Director, Atsushi Nagashima described the upcoming series as being defined by ‘comebacks’ – and while this will certainly also mean cards specifically designed around turning the tide of battle, it might also indicate a bit of a comeback of a slower paced game that’s slightly less dominated by excessively powerful cards. At least until the next set.

New Pokémon, moves, items and mechanics to define the next VGC Metagame

After four days of almost identical teams the one definite thing that we can be assured of with next year’s VGC is that the teams will at least look a bit different… But hopefully some of today’s announcements for Scarlet & Violet will also shake things up even further and allow even more variation to appear in time for next year’s World Championships.

A new Pokémon, Cyclizar was revealed, and it bears an uncanny resemblance to the cover Legendary Pokémon for Scarlet & Violet, Koraidon and Miraidon.

While Cyclizar’s types and ability were confirmed (Dragon/Normal and Shed Skin), the most we really got to see about it was a new attack it learns called Shed Tail. 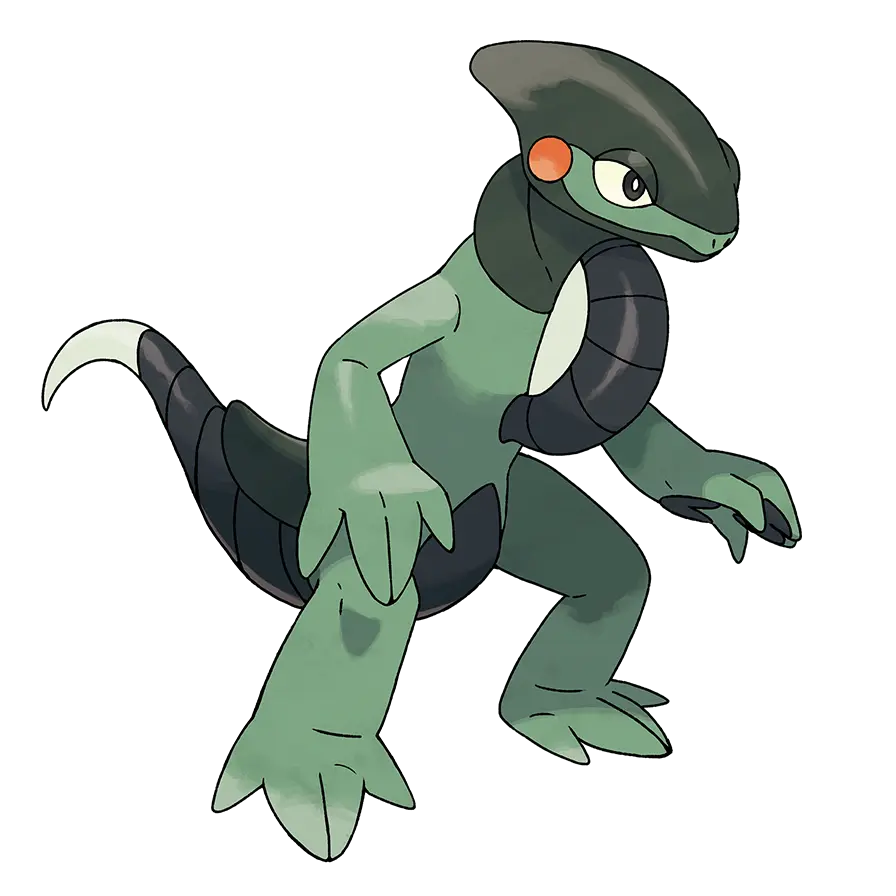 This move works similar to Substitute, in that it creates exactly the same doll-like substitute in sacrifice of some of it’s own HP. However, unlike Substitute, Cyclizar will then switch out to another of your Pokémon and give them the protection of the substitute. Effectively, allowing you to switch Pokémon while ensuring that your incoming Pokémon cannot take damage.

Given the heavy use of both Protect and Substitute throughout this tournament, Shed Tail definitely will be a move to watch out for next year!

Two new items debuting in Pokémon Scarlet & Violet were announced. The Mirror Herb item is triggered by an opponent’s stat increase, which it then mirrors on your own Pokémon, before consuming the item. Meanwhile the Loaded Dice will make multistrike moves like Bullet Seed more likely to hit more times, causing additional damage.

After it’s announcement a few weeks ago, some questions remained over exactly how Terastallizing your Pokémon in battle would have an effect. Now we finally have confirmation that your Teras Type will effectively completely change your Pokémon’s types when Terastallized. An example shown was a Rock/Fire type Coalossal taking a water type Hydro Pump attack from a Rotom-Wash (a particularly strong special attacker with Same Type Attack Bonus to boot) like it was nothing after Terastallizing to a water Teras Type. Meanwhile, it’s Steam Engine ability still kicked in to drastically boost it’s speed after being hit with the water attack.

The example was a striking one and a big sign of the massive impact the new mechanic will be sure to have on the competitive scene when the Scarlet & Violet VGC season kicks off next year.

Finally, one last Terastallization mechanic was revealed: a new move called Tera Blast. This move will work a lot like Hidden Power did, in that the type of the attack will be the same as your Teras Type when Terastallized. This effectively guarantees a Same Type Attack Bonus boost for this attack in this mode. It’s not clear yet, though, whether you will have to teach this move as one of your four move slots or if it will replace existing moves like Dynamax and Gigantamax’s Max and GMax moves do.

One final announcement as part of today’s closing ceremony is the venue of next year’s World Championships. As many had already speculated, the next championships will take place in Yokohama Japan, continuing the run of championships held outside of North America that this year’s began in London.