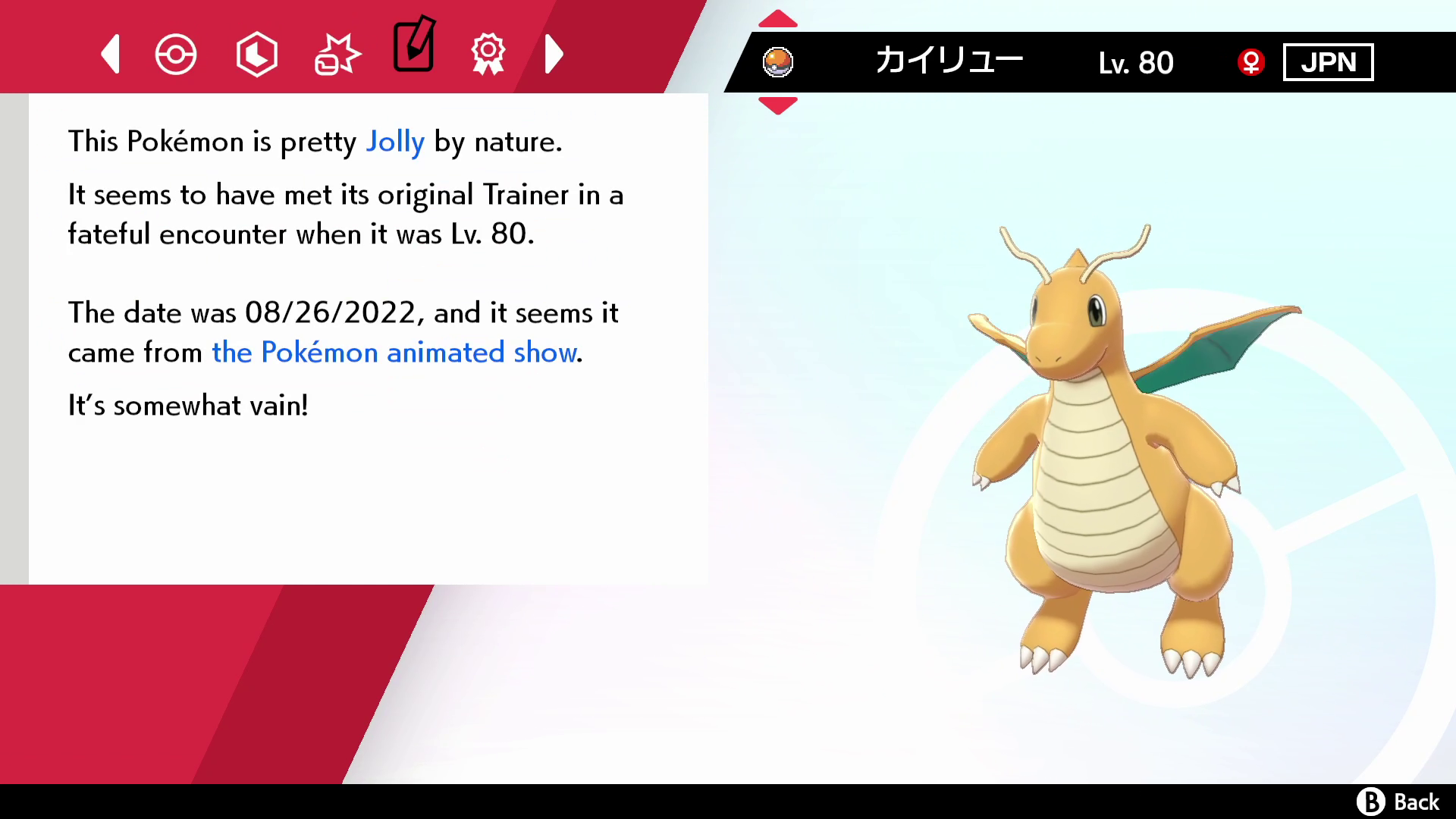 To celebrate the Pokémon Anime’s Masters 8 Tournament arc, Ash’s Dragonite is being distributed along with the rest of his team.

The rest of Ash’s team is also being distributed. Dracovish was previously available, while Gengar, Sirfetch’d and Lucario will all be available globally via Mystery Gift.

Meanwhile a cap-wearing Pikachu will be distributed as a code in Japan alongside several Pokémon movies being shown in theatres during the summer.