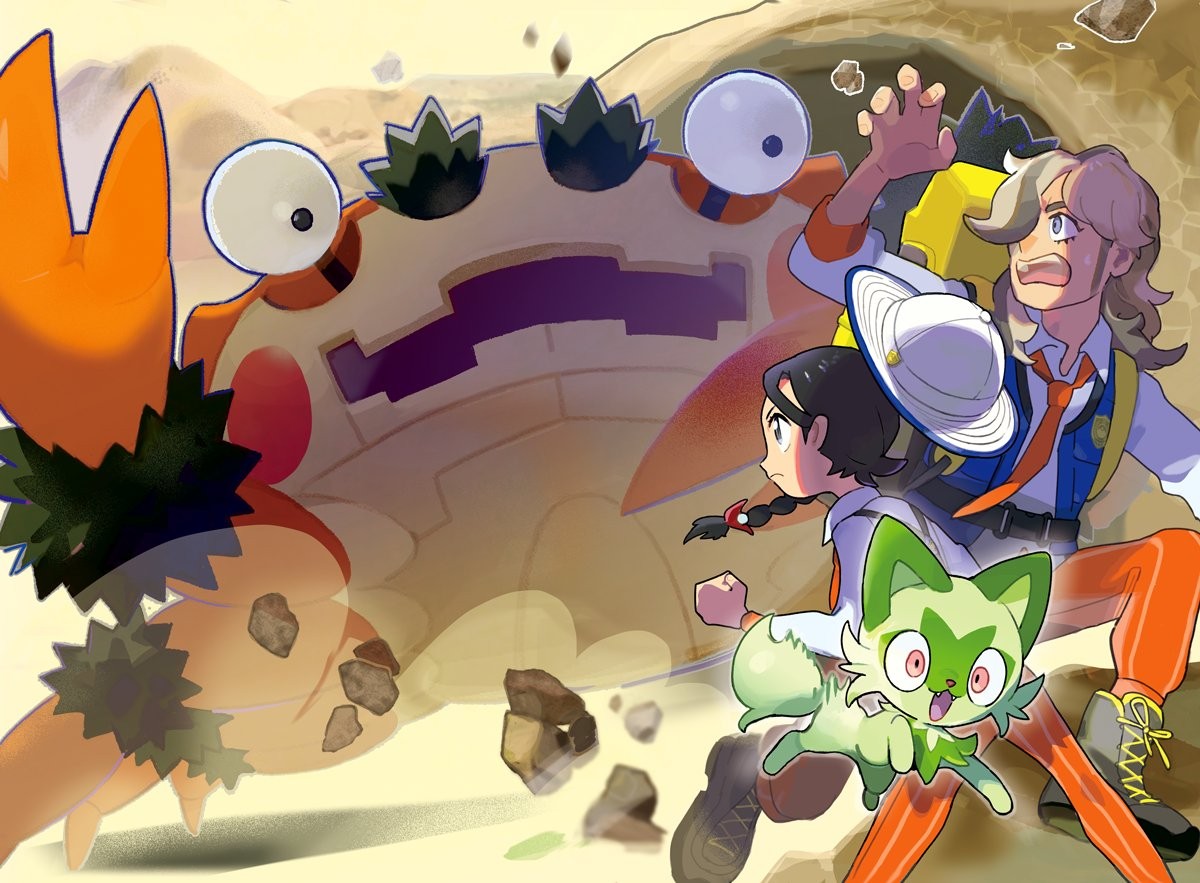 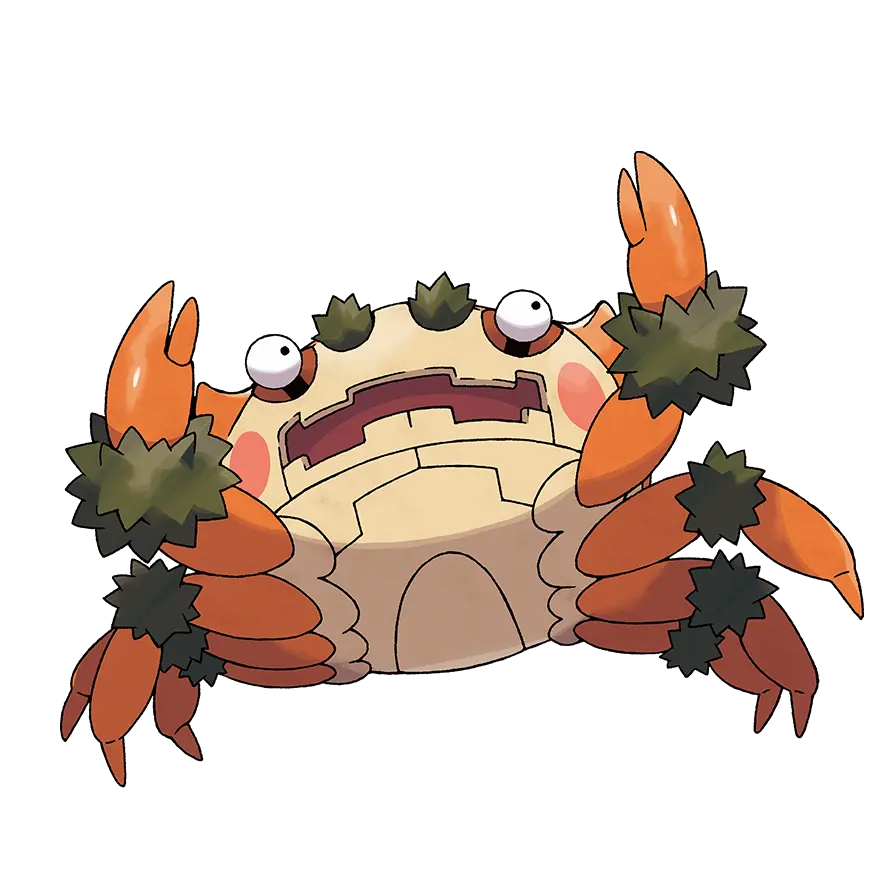 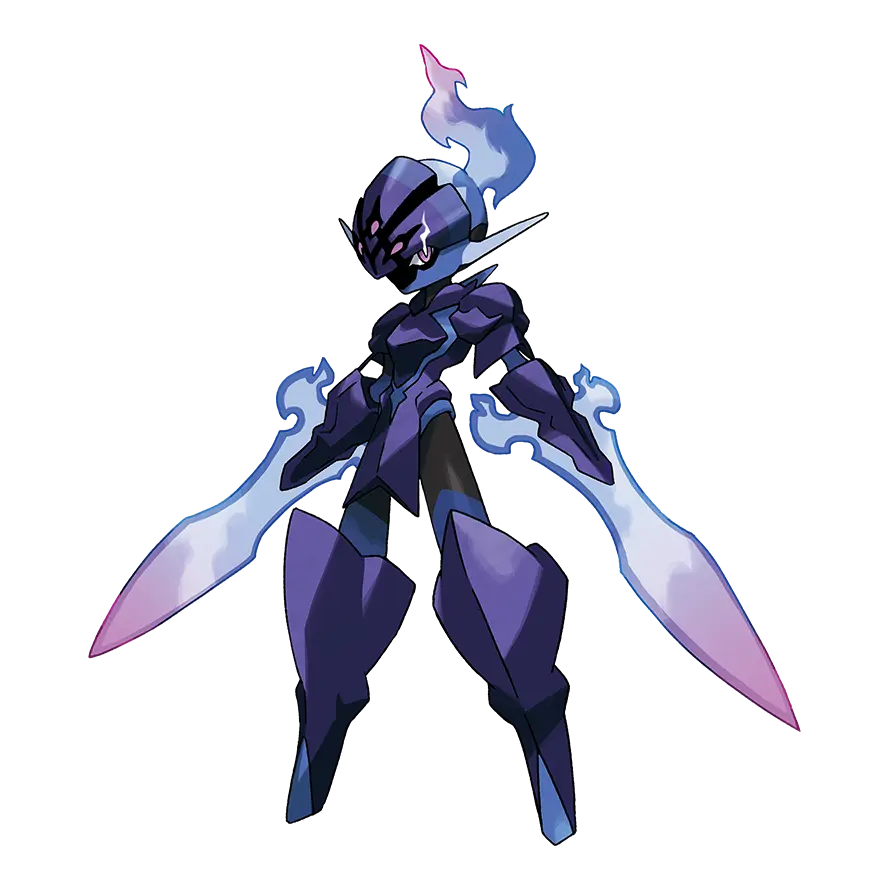 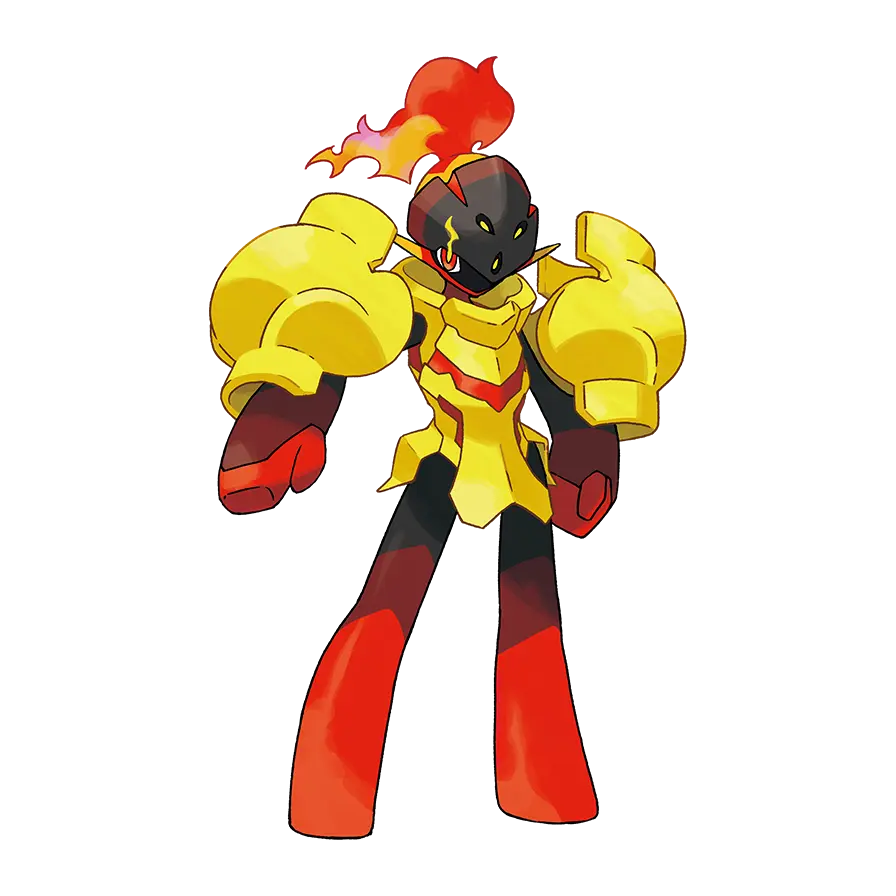 Team Star’s car, teased in a previous trailer and introduced fully here, is also speculated to be – at least partially (perhaps just the engine block?) – a Pokémon itself, although there’s been no official confirmation about that so far.

Geeta is the chairwoman of the Pokémon League, which operates Paldea’s Pokémon Gyms. Among the region’s Champions, she reigns supreme as the most skilled Trainer of all.

Brassius is the Gym Leader of Artazon, a town that’s alive with flowers and art. He specializes in using Grass-type Pokémon and is known as the Verdant Virtuoso.

Mela is the boss of Team Star’s Fire crew, the Schedar Squad. As the team’s best all-rounder, Mela fixes any and every problem thrown her way, though her methods are heavy-handed. She leaves a forceful and gruff impression, but her steadfast devotion to completing anything she puts her mind to has earned her the trust of her teammates.

In the trailer, Brassius, a Grass-type Gym Leader is shown Terastallizing his Sudowoodo to be a Grass Type, indicating that other Gym Leaders may likely follow suit in using the new mechanic to their advantage against Pokémon they might otherwise have been weak to.

We can also see a boss battle against a ‘Titan’ Klawf, bringing a little bit of Pokémon Legends Arceus’ boss gameplay forward, albeit without the need to run around playing hackey-sack with the Pokémon first.

In Pokémon Scarlet and Pokémon Violet, players are enrolled in a school that will host an independent study project themed, “A Treasure Hunt.” Three stories will be woven into the player’s adventures while traversing the sprawling Paldea region:

Let’s Go! A Handy Feature for Exploring the Paldea Region

Players can have one Pokémon out and walking with them in the Paldea region’s great outdoors. When they have a Pokémon exploring with them in the field, players can use the “Let’s Go!” feature to send that Pokémon off in the direction they indicate. The Pokémon the player sends out then independently picks up items in the area and even has Auto Battles with nearby Pokémon.

A Pokémon Scarlet & Violet themed Nintendo Switch OLED will also be released ahead of the games on the 4th November.

The console’s glossy white dock features the Legendary Pokémon Koraidon and Miraidon on the front and a design inspired by the series’ iconic Poké Ball on the back. The back of the console itself is adorned with special illustrations of the three Pokémon players can choose as their first partners in the game – Sprigatito, Fuecoco and Quaxly. The scarlet and violet Joy-Con controllers feature the school emblems of the Naranja Academy and Uva Academy.

You can watch the full trailer below:

To find out more on these and all the other new Pokémon revealed so far, be sure to check out our ever-updating Cryptidex. We’ll also be bringing all of these new Pokémon [and characters] to the Trainer Card Maker later today, so be sure to keep an eye on both the site and on our Twitter and Facebook feeds for that update!