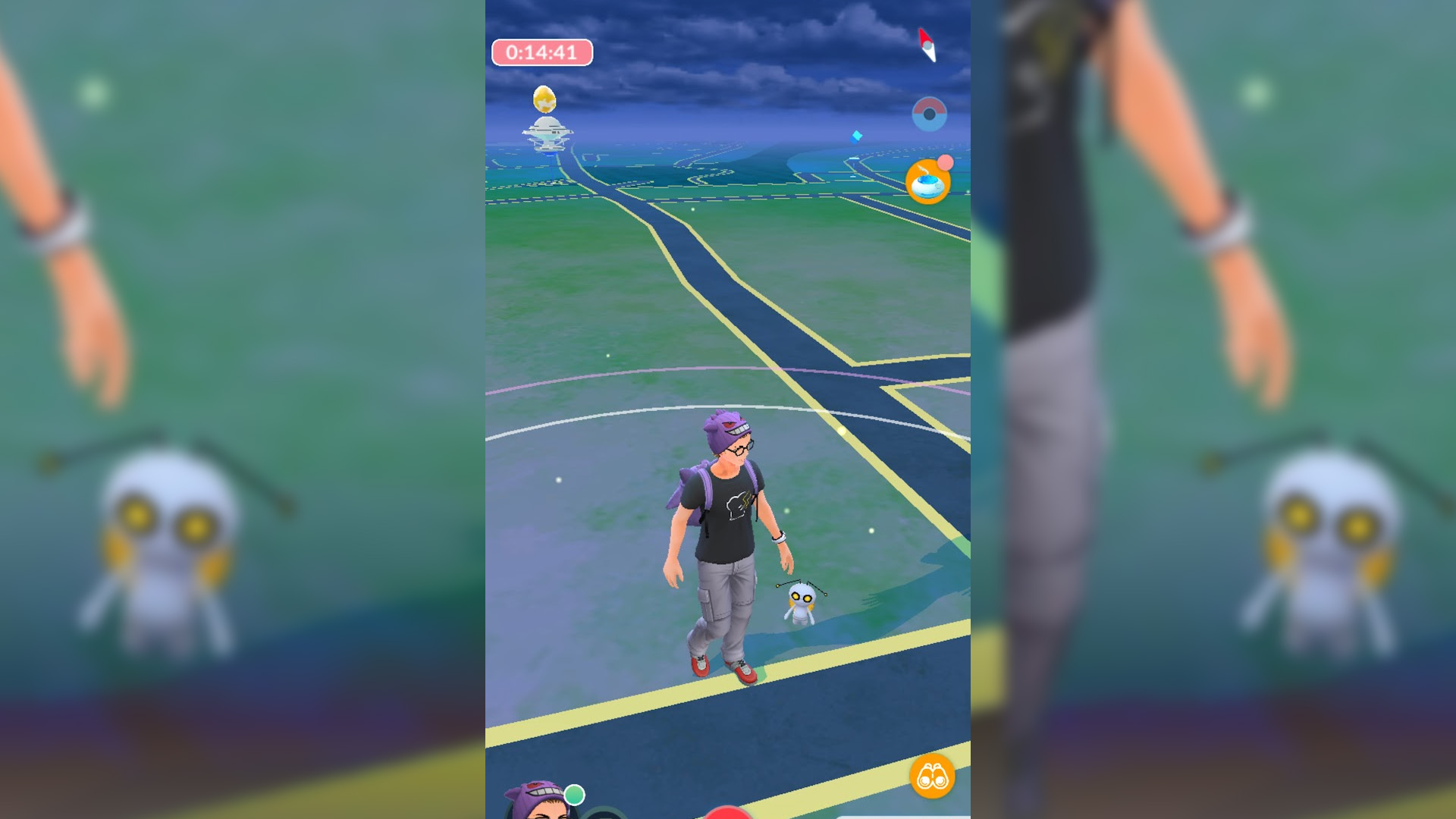 Today’s Pokémon Go Classic Community Day has brought a lot more than just Dratini with it. Following the event, PokéStops have turned golden and started rewarding mysterious golden coins – catching the attention of a brand new Pokémon from Pokémon Scarlet & Violet in the process. Meanwhile, a mysterious chest has appeared on Pokemon.com, one that with a peek behind the scenes of the website’s code suggests more details to come after 1pm tomorrow….

To encounter the new Pokémon, first you must find one of the golden coloured PokéStops. Upon doing so you’ll receive your first gold coin and a message from Professor Willow. During this call, you’ll also meet Jacq – one of the teachers at the Naranja Academy in the Paldea Region. Afterwards, you’ll find this mysterious new critter following you around as you continue your mission to collect more coins for Professor Willow.

Meanwhile, the chest at Pokemon.com has been steadily opening up throughout the day as a ticker at the top started counting up to what will be a maximum of 999 by tomorrow afternoon. It’s been speculated that this might suggest the new Pokémon could be revealed as the 1000th Pokémon in the National PokéDex – a number Pokémon Scarlet & Violet could quite likely achieve with the need for just 95 new Pokémon to be added with the games’ release.

The most eagle-eyed of fans have also identified the Pokémon as being one of the handful of unannounced Pokémon accidentally shown in the localised version of a trailer from last month. It’s hard to make out behind the camera UI, but now that we’ve seen what it actually looks like, it’s unmistakably the same Pokémon.

Whilst the Community Day continues to roll out across the rest of the world and the most western time zones get a chance to encounter the new Pokémon for themselves, the chest is expected to fill up with the coins that players are collecting from PokéStops. It’s unclear exactly what to expect when the chest fills up and the counter hits 999, but a peek behind the curtains of the website suggest that a video – possibly a new trailer – will be available afterwards. Make sure to check back with us tomorrow afternoon for the latest details, and hopefully some actual information on the new Pokémon itself!