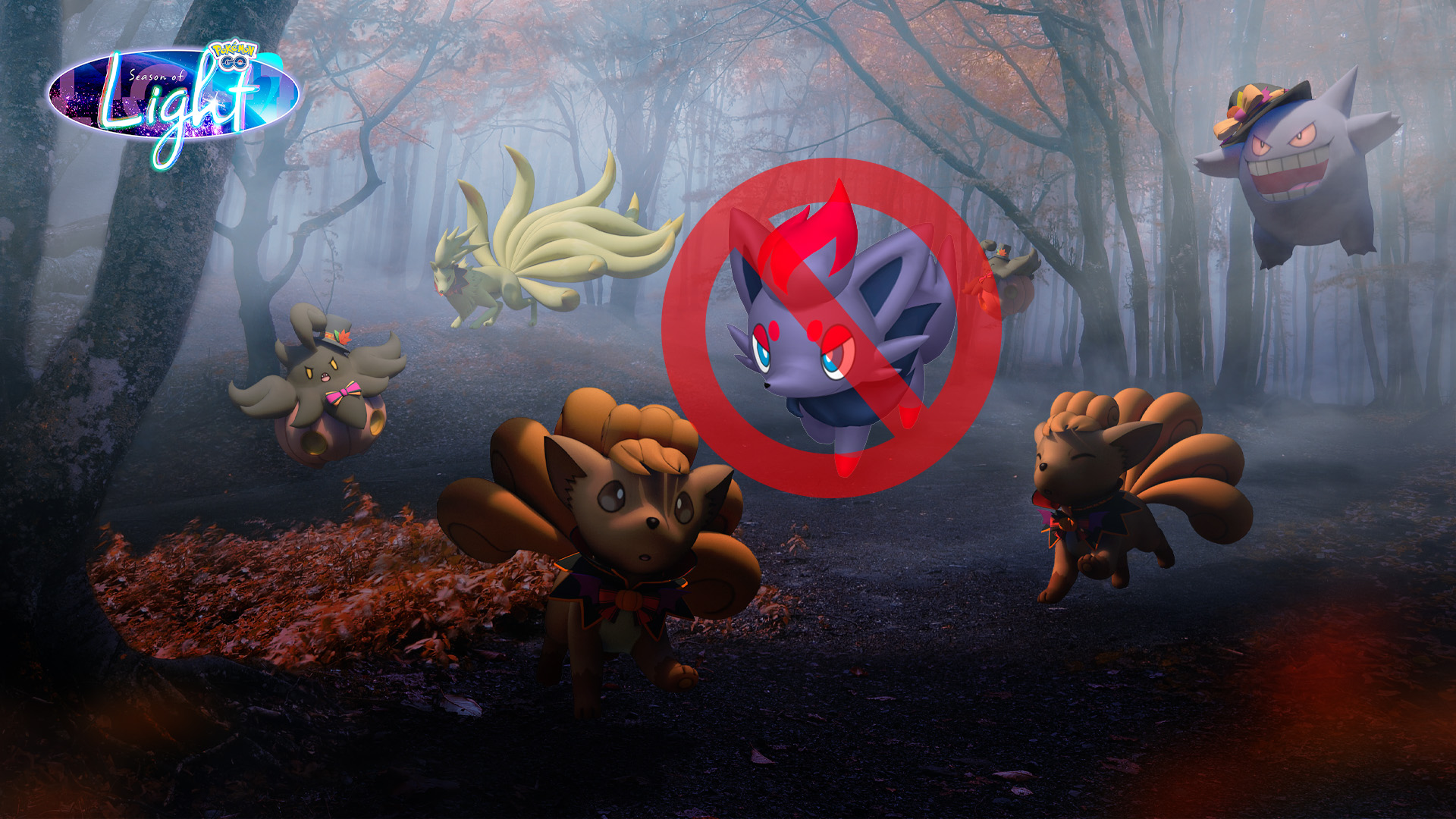 As this week’s Pokémon Go spotlight hour began to roll out through time zones in the Global East, a surprise Halloween event starring Zorua descended into chaos this morning, with bugs and exploits in the event’s implementation causing Niantic to slam on the brakes almost immediately and cancel the event for everyone else.

While this week’s spotlight hour was supposed to feature Shuppet – an appropriately ghostly spotlight on a day where The Pokémon Company is teasing more ghost Pokémon to appear in Pokémon Scarlet & Violet – players in the earliest time zones were instead greeted by hordes of Pokémon that seemed to match whatever buddy they had assigned. Upon catching any of these Pokémon, they were then revealed to actually be Zorua, using it’s Illusion ability and debuting in Pokémon Go for the first time.

Unfortunately, despite scheduled tweets and videos teasing the surprise event, Niantic had to quickly suspend further rollout of it, as well as the ability to transfer Zorua to Pokémon HOME or to trade it or use it in the GO Battle League, because of a bug that caused those Zorua to retain the stats, CP and attacks of the buddy Pokémon it originally took the form of. As soon as word had started to spread about the issue, players were already exploiting it by setting 4-star Pokémon, mythical Pokémon and even Mega Pokémon as their buddy and ending up with absolute monster Zorua as a result.

With such a quick rug-pull of the event, the majority of the world will now not encounter Zorua at all today, with the planned Shuppet Spotlight Hour continuing as normal instead. While, not for the first time, New Zealand and Australian players have been left with a fairly messy event experience – and potentially Zorua they will now have to lose entirely – with Niantic essentially using them as free beta testing ahead of event roll-outs in the West.

Up until now, Pokémon Go players had been having a pretty good Halloween, too. A map update this month not only brought with it updates to roads, parks and buildings that had changed or been built since the last update several years ago, but an autumnal look and feel, with updates to PokéStops to decorate them with pumpkins as well.

Had today’s event actually gone as planned, it would have been an entertaining twist on the weekly Spotlight format – though perhaps Shuppet/Bannette fans might have felt a bit left out. We’ll now have to wait and see if the Zorua event will return and what the possible fall out might be for players who (quite fairly) took advantage of the bugs that led to it’s withdrawal.