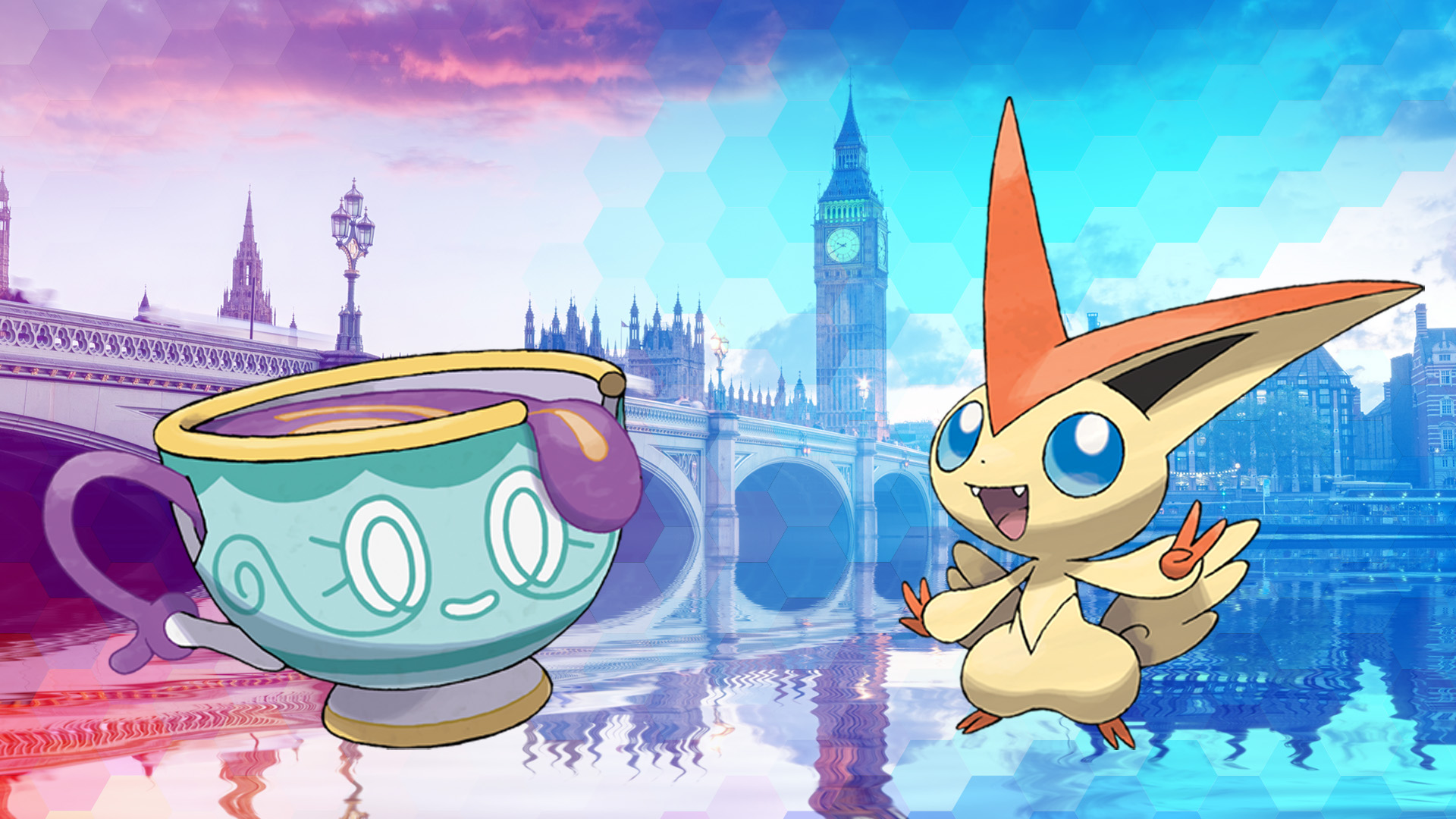 After three long years of waiting, this weekend London finally plays host to the Pokémon World Championships for the first time. To celebrate, a pair of Pokémon distributions for Pokémon Sword & Shield have been announced. For physical attendees, whether playing or spectating, a special Sinistea will be available to redeem during the tournament itself. Meanwhile, online viewers worldwide will be able to receive Victini using a Mystery Gift code revealed during the Tournament’s 4 day broadcast schedule.

For attendees between the 18th August and the 21st, a local Mystery Gift distribution will be available, rewarding a Sinistea holding a Moomoo Milk item and knowing the event-exclusive attack, Celebrate.

This distribution is only for Pokémon Sword & Shield and only one Sinistea can be redeemed per game.

For anyone attending the World Championships this weekend, make sure to keep an eye out for signs around the ExCel venue for more information on distribution times and instructions on how to receive the Mystery Gift.

For everyone else, the Generation V Mythical Pokémon Victini will be available as an online Mystery Gift.

The Mystery Gift password will be announced at some point during the live broadcasts of the event on Twitch.tv (you will also be able to find it here too if you miss it!).

Victini is only available for Pokémon Sword & Shield, is Level 50 and knows the moves V-Create, Zen Headbutt, Work Up and Flame Charge.

It must be redeemed before the end of Sunday the 18th August! Specifically before 4:59pm PDT on the 18th, or 1am on the 19th August in the UK.

Victini isn’t the only distribution available during the broadcast of the World Championships. Codes for the following will also be announced during the various feeds:

You can find the full details on the schedule for the World Championships in our event post here. Throughout the entire event, the following Twitch accounts will be broadcasting live play – including the opening and closing ceremonies: