With potentially just days to go until the 2022/23 ranked season starts, there is something SERIOUSLY wrong with Pokémon Scarlet & Violet’s battle system 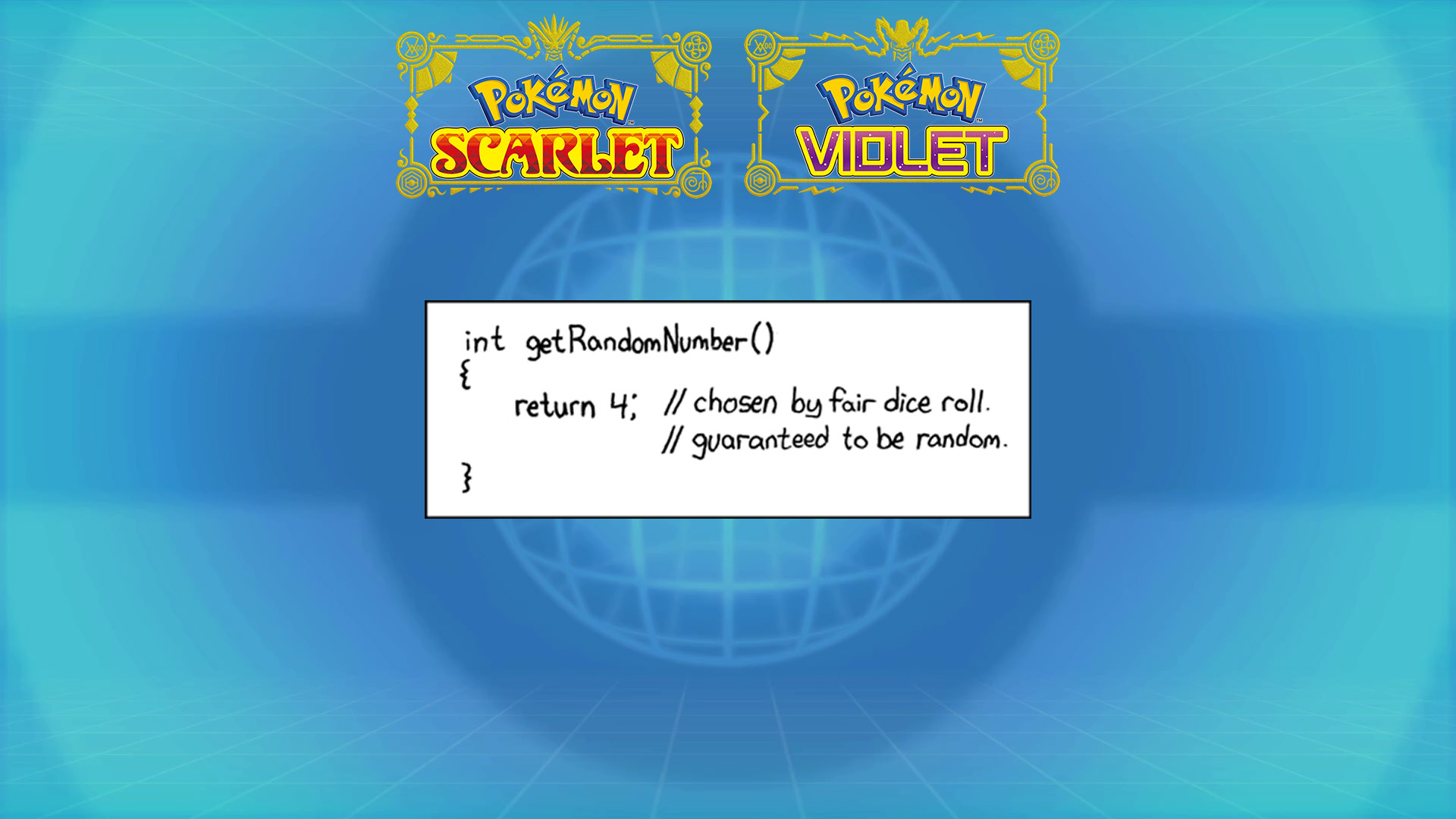 With online ranked battles due to start during December and the first (albeit unsanctioned) Pokémon Video Game Championships Regional event taking place next weekend using the latest Pokémon Scarlet & Violet games, players are about to get their first taste of the new competitive metagame that will lead to Summer’s Pokémon World Championships in Japan. However, recent testing suggests a dark cloud is forming over the coming competitive season as Pokémon Scarlet & Violet’s bugs run even deeper than we previously thought.

As players are wrapping up the main story in Scarlet & Violet and have started preparing for competitive play, some concerning anomalies have been starting to become apparent with the battle system programming. One player on the Pokémon VGC subreddit has already catalogued one such issue, where attacks with less than 91% accuracy are missing every time they’re used as the very first attack in online battles.

Well-known Pokémon dataminer, Anubis, not only confirmed this, but was also able to confirm another exploit in the opposite direction, by ensuring that poor-accuracy One Hit KO moves always landed when used at the correct turn in battle. Other players, including ourselves, have also been able to confirm this repeated behaviour seems locked-in.

The root cause for concern is that the online Battle Stadium’s random number generator appears to be set to a single, unchanging ‘seed’ value for all players. These ‘seed’ values seek to solve two significant programming issues: firstly that a computer actually has no possible way to create a truly random value and so different core ‘seed’ values are used as a basis within random number generator programs to create different outcomes. Secondly, that in online battles, the same random outcomes need to be calculated by both games simultaneously, so they should share the same seed value.

Pokémon Scarlet & Violet’s problem is that everyone is sharing the same, singular seed value for every online match. This leads to any metaphorical dice rolls in matches returning the exact same value for a given turn every time, and much like if you were to play multiple games of poker with a brand new, unshuffled deck of cards each time, the lack of variables in play will lead to consistent, repeatable results that ultimately kill actual competition.

That two specific exploits already exist is a poor omen for the future of competitive Pokémon Scarlet & Violet play as further experimentation will only lead to further documenting the expected RNG results per turn. Without a speedy patch, ranked online play is about to become more about ensuring you use the right move in the right turn slot than anything else.

These specific issues only seem to be a problem with the Battle Stadium matches specifically, but other issues such as an unusually high flinch rate for certain attacks such as Bite (where it should be only a 30% chance), or enemy AI repeatedly trying and failing to use an attack like Rain Dance combine with more visual issues such as Pokémon slowing to their ‘low-health’ speed idle animations even before they’ve taken any damage to suggest that something might be more fundamentally wrong at the heart of what should be Pokémon’s most rock-solid coding foundation after 4 main-series Switch games.

The battle system flaws might be the most important, but they’re also far from the only ones. Bizarre bugs such as the global illumination system being inexplicably affected by the Terastallize button lighting up, not to mention significantly strange results in co-op mode specifically, plus unforgiveable performance issues have led to Pokémon Scarlet & Violet being the most heavily criticised Pokémon launch on a technical level, basically ever. Although Pokémon Red & Blue would still give Scarlet & Violet an effective run for their money if judged under the same light…

While it’s inevitable that patches for the games will be on the way, as not only will HOME integration launch sometime early next year, but it’d be particularly surprising if an expansion pass similar to Sword & Shield’s weren’t to follow in the coming months, it’ll remain to be seen just how many of these issues are actually addressed by them.

In the meantime, whether you’re still working your way through the games or just preparing to start building your own competitive team, make sure you check out our guides including our complete Pokémon Egg breeding guide, and the low-down on the exact effects of Terastallizing your Pokémon.

As a reminder, we’ve also got all data on all 1008 Pokémon within our new PokéDex, as well as the recent update to our Trainer Card Maker to support all of the new Pokémon in Pokémon Scarlet & Violet, as well as some new icons and their Tera Type.