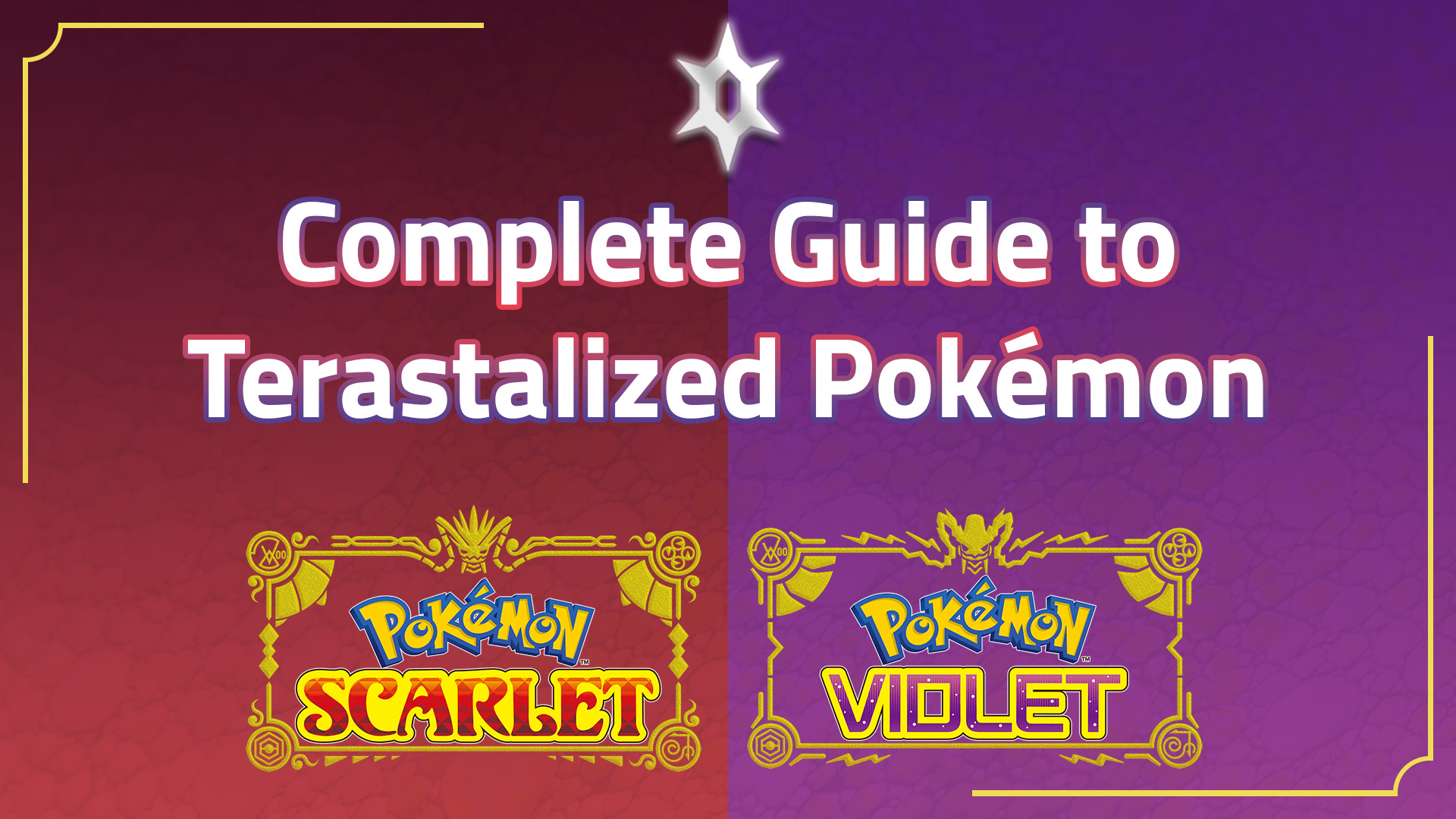 The Terestal Phenomenon is Pokémon Scarlet & Violet’s latest battle mechanic that, in a sense, gives Pokémon a potential third Type that can provide a significant boost to a Pokémon’s attacks as well as playing a key part in Pokémon Type-related strategy. But how exactly do Tera Types and Terastallizing a Pokémon actually work?

How are Pokémon Tera Types decided?

Pokémon that you’ll encounter by normal means in the wild will always have one of their two-possible Pokémon Types as a Tera Type as well. So, for example, if you find a Magnemite in the wild and it isn’t glowing brightly, it’s Tera Type will either be Electric or Steel, with a random chance of either one. Standard wild Pikachu, meanwhile, will only ever have the Electric Tera Type.

However, if you find a Pokémon with an intense bright glow around it, this Pokémon may (it is not a guarantee) have a completely different Tera Type. For example, you might find a Ghost/Ground Type Sandygast with a Grass Tera Type. Catching these Pokémon will be a little different than normal, though, as they will Terastallize by themselves at the start of the encounter and you will need to bring it’s health down to the red level to turn it back to normal and be able to catch it.

You’ll also be able to find and catch Pokémon with other Tera Types within Tera Raid Dens.

Although a Pokémon’s Tera Type is set when it’s caught and you can’t change it under normal circumstances, there is a way to change the Tera Type to any other you wish if there’s one you’d rather be able to take advantage of on that specific Pokémon.

To change your Tera Type, first you will need to have defeated Larry, the Leader of the Medali Gym. The owner of the Treasure Eatery Restaurant where the Gym Battle takes place will from then on offer you the ability to change a Pokémon’s Tera Type by exchanging 50 Tera Shards of your chosen type.

The first time you talk to her after the battle, she’ll give you 50x Normal Tera Shards for free so you can change any of your current Pokémon to a Normal Tera Type immediately.

You’ll find those Tera Shards randomly as glowing items on the ground in small and rare quantities, but will also get them as rewards for completing Tera Raids.

What does Terastallizing a Pokémon actually do?

When you Terastallize a Pokémon, you will effectively change that Pokémon’s type to exclusively be it’s Tera Type. So, that Sandygast from earlier will become a pure Grass Type, losing it’s weaknesses to Ghost, Water, Grass and Dark types and swapping them for the weaknesses of Grass Types of Flying, Poison, Bug, Fire and Ice types.

Terastallized Pokémon will, however, keep the Same Type Attack Bonus (STAB) for their original type/s. Meaning that Sandygast’s Ghost and Ground type attacks will still do 1.5x their normal damage.

A Terastallized Pokémon will do more damage using moves of that same Type than they otherwise would. The exact damage boost is slightly higher when the Tera Type matches an existing Type for that Pokémon.

For example, if a non-Terastallized Magnemite using an Electric type attack against a Meowth caused 100 damage, the same Pokémon using the same attack on the same Meowth after Terastallizing to an Electric tera Type would do 175 damage – a 1.75x increase.

Meanwhile, if the Magnemite had a Tera Type of Normal and using a Normal type attack against Meowth was able to also cause 100 damage, after Terastallizing it would only cause 150 damage – a 1.5x increase – because it did not also have the extra boost for being a Normal type itself.

Drowzee’s Low Kick against Yungoos here, whilst Super Effective does less than a third of Yungoos’ total HP in damage.

But, once Terastallized as a Fighting Type, the attack is boosted by 150%, making it enough to defeat Yungoos in one more blow where it would have taken at least two from the same attack previously.

No. Once a Pokémon is Terastallized, it will remain that way until either the battle ends or it is knocked out – whichever comes first. This means you can safely switch Terastallized Pokémon out for another in battle and still be able to take advantage of their Tera Type later on.

What if my Pokémon can’t learn any attacks of it’s Tera Type?

Whilst you might be able to use TMs or Egg Moves to teach a Pokémon a move of a type it wouldn’t normally learn from levelling up, it’s quite likely for certain Tera Type and Pokémon combinations that they will have no access to any moves of that type whatsoever.

How to use Terastallizing Pokémon to your advantage

While Terastallizing Pokémon does not quite double the power of their attacks, and does not confer any adjustment to the Pokémon’s stats at all, it can still be of hugely strategic value in battle because of how it affects a Pokémon’s Type-related weaknesses.

For example, a Poison Tera Type Rotom, which is normally weak to Ground, Ghost and Dark Type attacks, will exchange those for a weakness to Ground and Psychic attacks. However, it will maintain it’s immunity to Ground type moves thanks to it’s Levitate Ability and all of it’s own Ghost and Dark type attacks will remain both super-effective and have a 1.5x STAB boost against Psychic types.

Likewise, a Normal Tera Type Staraptor – such as that used by Gym Leader Larry will lose all of it’s normal weaknesses to Rock, Electric and Ice attacks and exchange it for a solitary weakness to Fighting type attacks – which it is an extremely effective counter for already. It will however open Staraptor up to damage from Ground Type attacks unless it happens to be holding an Air Balloon item.

By using different Tera Types this way, you can have a real effect on how your opponent will be able to counter your Pokémon. As you can choose to Terastallize at any point in the battle, and you can safely withdraw your Pokémon at any point and they will remain Terastallized, you can use these Type changes to your advantage when it matters the most.