How to find and catch Ditto in Pokémon Scarlet & Violet 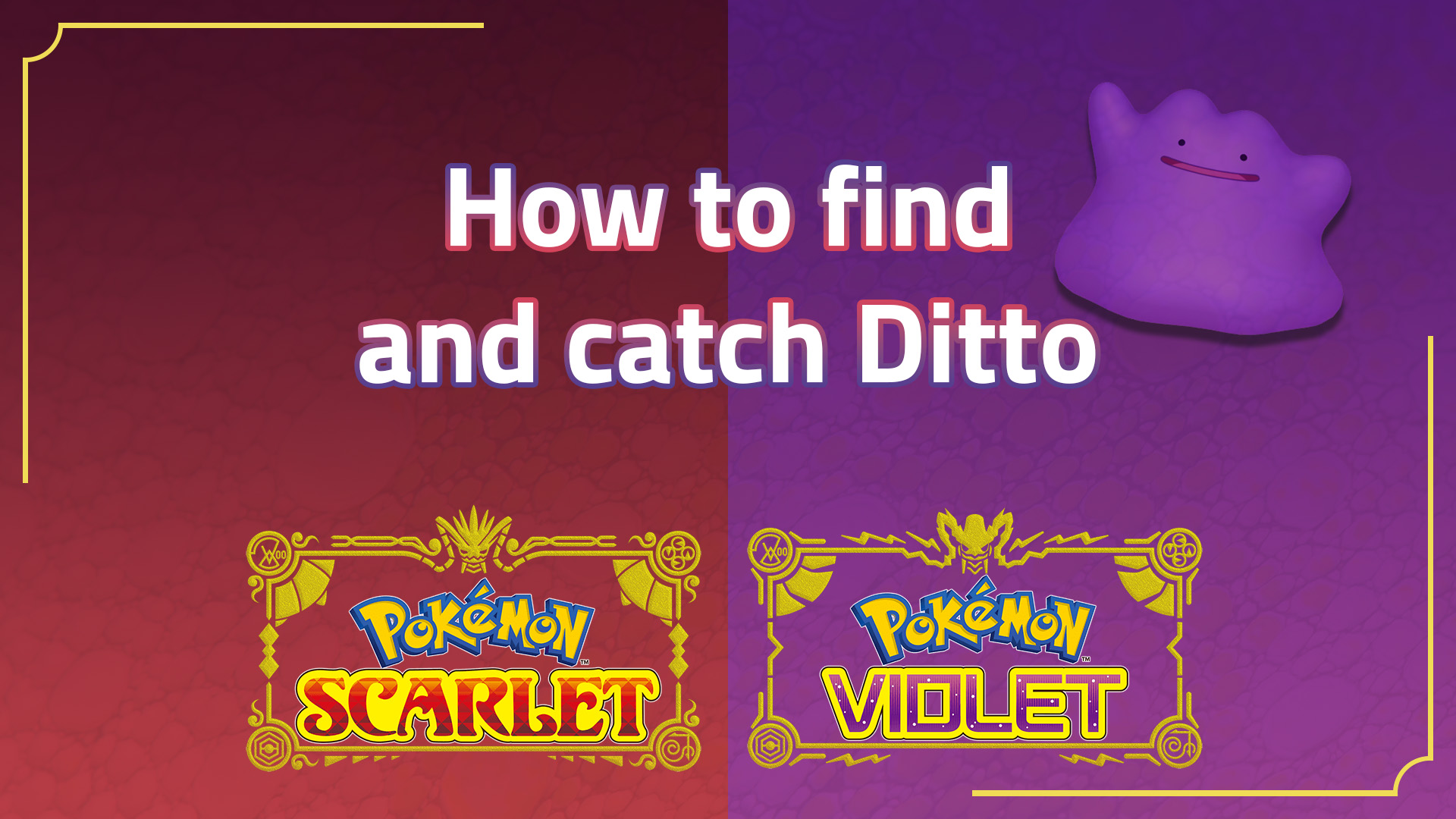 Ditto is often considered one of the most valuable Pokémon in the main series Pokémon games, not because it is a powerhouse in battle, but because it can breed and make Pokémon Eggs with almost any Pokémon Species – even those that can’t generate Eggs otherwise. Finding and adding Ditto to your collection is therefore an important part of every new Pokémon game, and while that’s no different in Pokémon Scarlet & Violet, actually finding and catching Ditto can be quite a tricky proposition itself…

In previous Pokémon games Ditto was always a fairly rare encounter, but if you knew where to look you could eventually find some with some patience. But, if you thought that random encounters being mercifully gone in Pokémon Scarlet & Violet would mean you’d be able to find hordes of Ditto just chilling out in the Paldean wilds, think again.

While you absolutely can find Ditto in quite a lot of different areas in Paldea, particularly around the North West of the Region, you won’t find them in the wild as Ditto at all. Instead, they’ll already be transformed into another Pokémon that you’d normally find in that area.

That means, unfortunately, the only way to actually encounter a Ditto is to start a battle with… pretty much every Pokémon you see when you’re in an area that Ditto spawns in.

Ditto is not the only Pokémon to do this, as Zorua and Zoroark will use their Illusion ability to do exactly the same thing. But if you encounter one of them hiding as another Pokémon, as soon as the battle starts they will revert back to their normal forms so you will know what you’re catching at least.

If your map’s radar shows one of these three Pokémon on it, there’s a good chance one of the Pokémon in the area is actually a Ditto, Zorua or Zoroark in disguise.

Can you use Let’s Go Auto Batting to find hidden Ditto?

If you’re using the Let’s Go Auto Battle feature to take down hordes of Wild Pokémon, you might notice that your Pokémon will refuse to attack certain Pokémon, only to then find out it is because they are Shiny Pokémon. Does that apply to Pokémon like Ditto, Zorua and Zoroark hiding amongst a crowd? Sadly not.

If your Pokémon engages one of these Pokémon while it is disguised, that Pokémon will remain disguised and will be defeated if your Pokémon is capable of it. After the auto-battle, you’ll get a notification that you defeated a Ditto, Zorua or Zoroark and receive any relevant item drops, but your chance to catch it will have long since passed unfortunately.

Is there any way to tell at all if a Pokémon is a Ditto, Zorua or Zoroark in disguise?

One surefire way to tell if a Ditto, Zorua or Zoroark is hiding out as another Pokémon is to engage it in battle and see if it transforms back. But, if you can approach the Pokémon close enough to target it with ‘ZL’ without it running off or attacking, it’s true name will appear instead of the Pokémon it is disguised as – so long as you have encountered it before, that is.

If you haven’t encountered a Ditto, Zorua or Zoroark before, their name will appear as ‘???’ instead, but so long as you’ve encountered the Pokémon it’s disguised as before, you can still use that to know for certain that it is one of the three Pokémon that can hide out as other species.

Once you finally get your hands on a Ditto or two, you’ll be able to use it to breed new Pokémon to your heart’s content. For the complete breakdown on how the new Breeding mechanics work in Pokémon Scarlet & Violet, be sure to check out or extensive guide.

Finding a Ditto in the wild isn’t the only way to get your hands on a Ditto, so if you absolutely cannot find one, don’t worry! Ditto will be available in Tera Raids from as early as 3-stars onwards and mercifully you’ll be able to tell before you challenge the Raid that it is, in fact, a Ditto.

The Tera Type these Ditto will use in Raids will allow you to counter them by bringing in something super-effective, but be very careful about your Pokémon choice as Ditto will transform into your Pokémon if you’re hosting the Raid (and definitely will in solo raids) and will have complete access to it’s moveset and any potential counters to your own types that it might have.

If you’re hosting a multiplayer Raid – which you will likely have to do especially for 6-Star Raids – you may wish to select a Pokémon with no attacking moves at all so Ditto becomes a sitting duck for your allies’ attacks.

6-Star Raids, as well as having the best rewards available, will also be most likely to result in caught Pokémon with 6 ‘Fantastic’ stats, or 6 perfect IVs. This is incredibly useful for Ditto, so you can breed Pokémon with perfect stats, so be sure to chase after any 6-Star Ditto Raids you can get your hands on!