How to transfer Egg Moves between your Pokémon 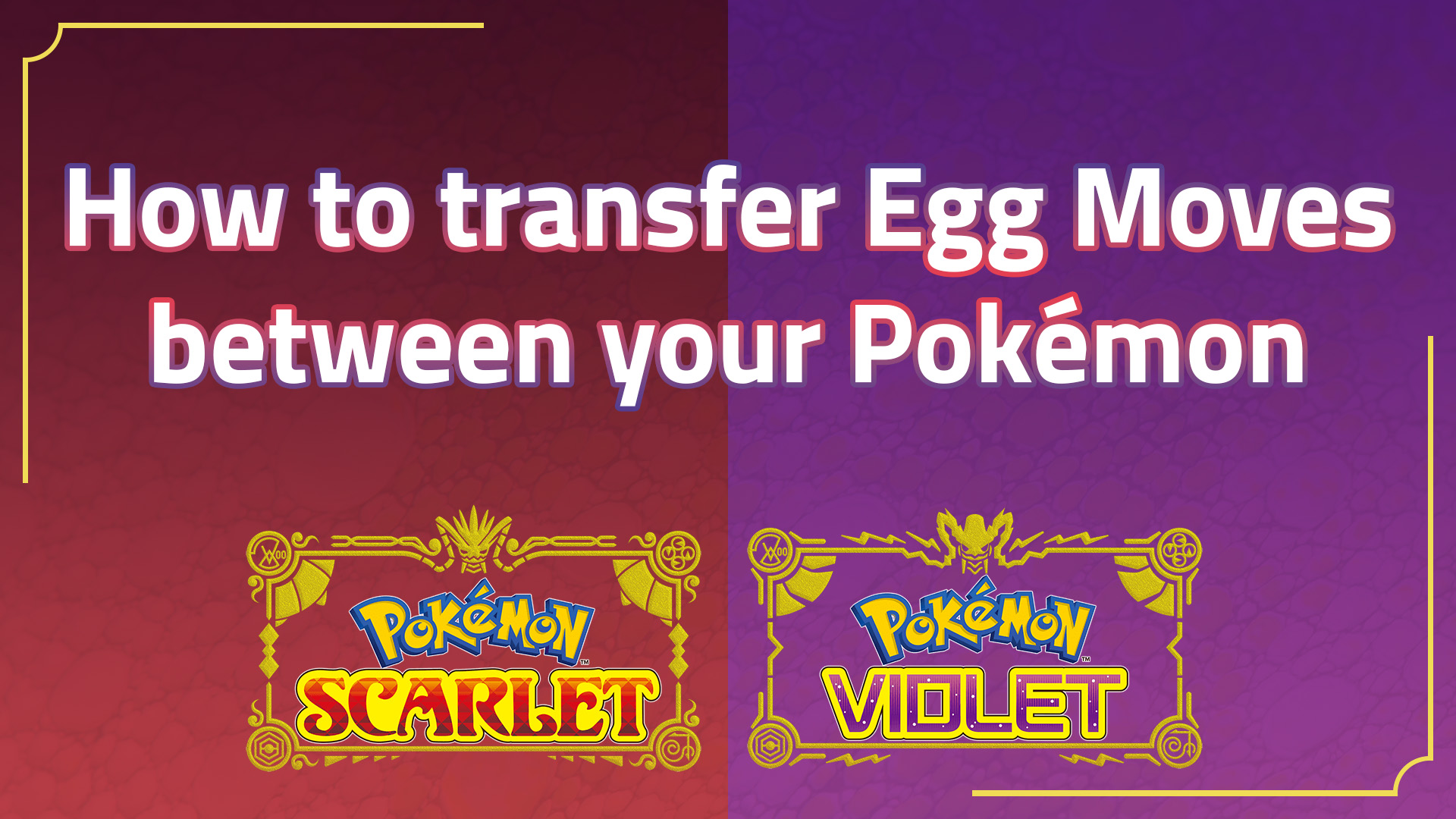 Ever since Pokémon Gold & Silver, most Pokémon that can hatch from Pokémon Eggs have a set group of attacks that it can specially inherit from one of it’s parents called Egg Moves. In Pokémon Scarlet & Violet, this remains true, but with one very useful addition – you can now transfer those Egg Moves between Pokémon without breeding a new Pokémon Egg at all.

Taking your Pokémon for a Picnic

The new Picnic feature in Pokémon Scarlet & Violet not only serves as a way to play with your Pokémon and receive special food-related boosts by making sandwiches, but also serves as the way to breed Pokémon Eggs in these new games. You can use this to pass down Egg Moves to Pokémon by bringing two compatible Pokémon and having at least one of them know a compatible Egg Move from a Pokémon’s move list.

While, other than not requiring a Breeding Centre as before, this isn’t hugely different from how Egg Moves have worked in the past, there’s an additional twist allowing you to directly transfer Egg Moves between your own party Pokémon so long as the recipient is holding a new item: the Mirror Herb.

The new Mirror Herb item is a a Held Item that can match an opponent’s stat boosts the first time they’re raised, but it can also serve a secondary function as helping transfer Egg Moves between Pokémon.

The Mirror Herb is available for 30,000 PokéDollars or League Points at the Delibird Gifts shop in Cascarrafa.

For any Pokémon that you wish to have learn the Egg Move, ensure that they have a free move slot (you can make them forget a move from their Pokémon Summary page) and then make them hold the Mirror Herb before taking them into a picnic with the Pokémon that knows it.

By the time you exit the picnic, your Pokémon should now know the new move!

How to know what Egg Moves a Pokémon has

You can find out a Pokémon’s potential Egg Moves by checking our PokéDex page for that Pokémon and scrolling right to the very bottom of it’s moves list. Be aware that only Pokémon that can hatch from Pokémon Eggs can have Egg Moves, so if you want to know what Egg Moves are available to Pikachu, you would have to first search for Pichu’s moves.

For an example, here are Pichu’s Egg Moves:

You can click on each move to go to a page that will show you all the Pokémon that can learn that attack.

Any Pokémon that are available within Pokémon Scarlet & Violet will be able to pass that move on to any Pichu, Pikachu or Raichu simply by having those Pokémon hold a Mirror Herb and taking it into a Picnic with a Pokémon that knows one of the above attacks.

For example, we can pass on Disarming Voice to Pikachu without wasting a TM by giving it a Mirror Herb to hold and then going on a Picnic with it and a Hatenna, which learns the attack at Level 10 or even a Pokémon like Sprigatito who might have previously learned the attack via TM19.