Path of Legends: All Titan Pokémon and how to find, defeat and catch them in Pokémon Scarlet & Violet 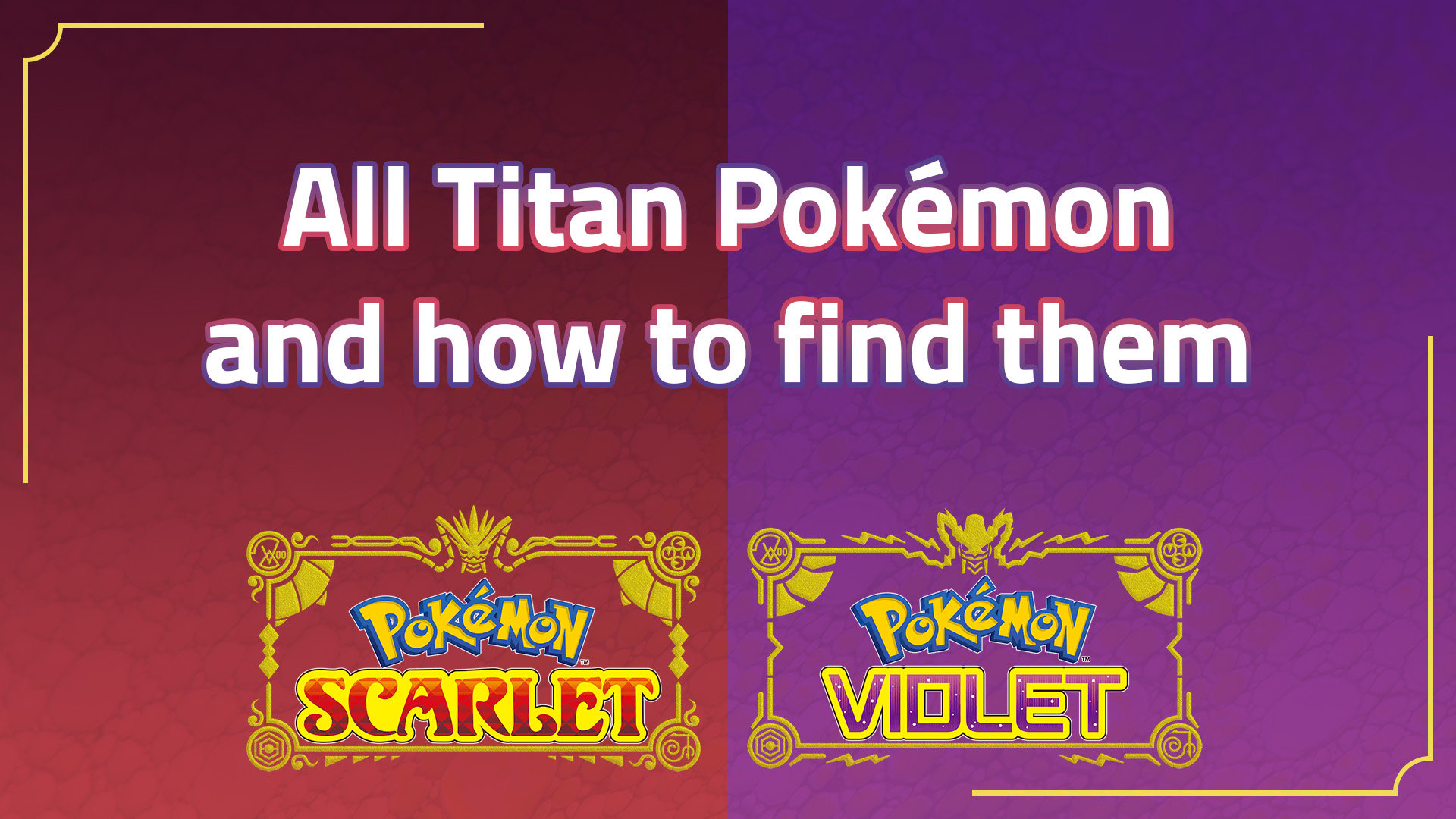 Of the three main storyline paths in Pokémon Scarlet & Violet, the Path of Legends might just be the one you’ll want to focus on the most, as these Titan boss battles yield the most immediate results by powering up your Koraidon or Miraidon and increasing your movement capabilities. So, here’s a guide to how to find each Titan, to be as prepared as possible for each fight, and most importantly, which new ability for Koraidon/Miraidon you gain from each Titan’s Herba Mystica. 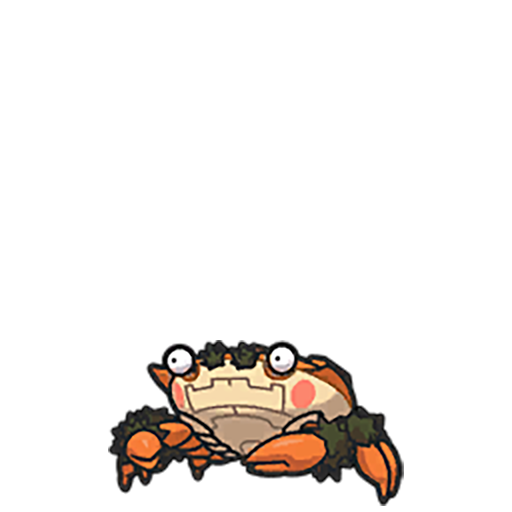 This titan is described by the locals of South Province’s Area Three as a “giant stone moving on it’s own… with ‘big swivelling eyeballs'”. Which is a pretty fair description of Klawf in general – this one is just extra big.

When you first find Klawf, you’ll spot it hanging on a wall in the rocky desert of Eastern Paldea’s Area Three. As you make your way towards it, however, it’ll start scrabbling up the mountain it’s attached to and you’ll have to chase it up the path to your right.

By the time you’ve reached this area, even if it’s the first challenge you’ve taken on since leaving Mezagoza City, Klawf shouldn’t pose too much of a challenge at just Level 16.

It’s numerous weaknesses include Fighting, Ground, Steel, Water and Grass types, so if your starter Pokémon was Sprigatito or Quaxly, you’re safely covered already. If your pick was Fuecoco, however, one of the Ground type Pokémon you’ll find in the area around Klawf’s den should suffice in a pinch.

After defeating Klawf for the first time, it’ll run off back around the corner where you first spotted it to knock down the wall to it’s den and retrieve the Herba Mystica that resides within. This will restore Klawf’s health and give it a boost in power, but this time you’ll have Arven’s help if you need it.

Defeating Klawf will reward you and Arven with the Sweet Herba Mystica, a herb that is “good for gut health and helps aid digestion”, but will also help your Koraidon or Miraidon be able to dash about at high speed after you feed it your sandwich.

After completing this Titan challenge, you can find the Former Titan Klawf hanging out back near where you first battled it, where you can challenge it to a further battle and catch it if you so choose.

Koraidon/Miraidon Reward: The ability to dash at high speed while riding it by pressing the Left Stick. 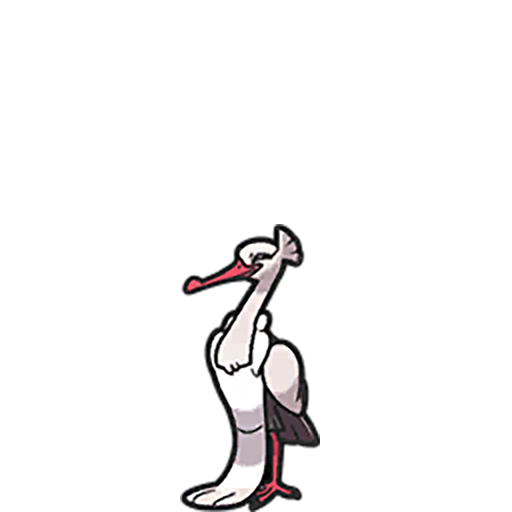 In a scene more reminiscent of The Legend Of Zelda, Area One of the West Province has become prone to giant boulders hurtling down it’s mountain. To find the Titan Bombirdier you’ll first have to contend with these dangerous obstacles – but at least you’ll know you’re in the right place!

After successfully navigating Bombirdier’s assault, and climbing to the top of the mountain, you’ll be able to challenge it. Rock, Electric, Ice or Fairy type attacks will work best on it, but you’ll want to keep Ground and Psychic Pokémon well away as their attacks won’t effect it at all.

After defeating it for the first time, Bombirdier will head a little further up the mountain to knock down the wall to it’s den. After feasting on the Herba Mystica within, it’ll be ready for round two. Again, Arven will help you in this second match if you need it.

When finally defeated for good, you’ll be able to enter it’s den and retrieve the Bitter Herba Mystica, apparently “great for your circulation”. Feeding this to your Koraidon or Miraidon will restore to it the ability to move across water when riding it, allowing you to chase after water Pokémon hiding in the rivers and sea.

The Former Titan Bombirdier can also now be found at the base of the mountain to battle and catch if you wish..

Koraidon/Miraidon Reward: The ability to move across water while riding it. 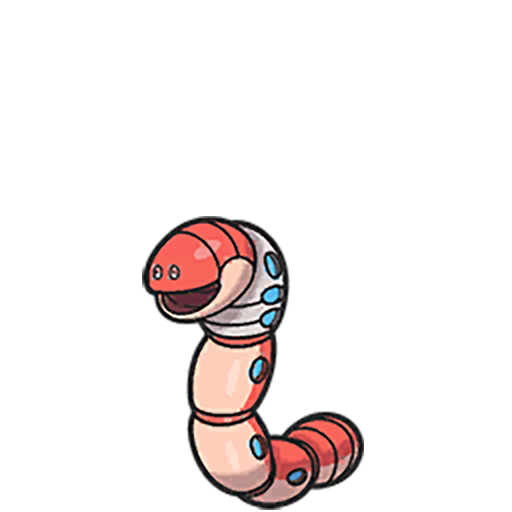 The miners of East Province’s Area Three have been suffering from frequent landslides recently, all of which seem to be caused by this Titan Orthworm burrowing underground.

The first encounter you’ll have with Orthworm will be discovering the rather surprising sight of it’s giant head sticking out of the ground.

As you approach the Titan Orthworm, it’ll start burrowing around the area you’ll find it in, and you’ll have to chase it down until you’ve cornered it.

That means you’ll have to rely on it’s other weaknesses of Fighting and Fire types, while being mindful of the fact that Steel types will resist most other attacks, including Normal, Flying, Rock, Bug, Steel, Grass, Psychic, Ice, Dragon and Fairy – plus also being completely immune to Poison attacks.

Orthworm also has an incredibly high base Defense stat, so you might want to prioritise hitting it with Special attacks over Physical ones too.

Once you’ve defeated it for the first time, Orthworm will burrow through a new cave to an area further down the mines. Chase after it to it’s den and, after it’s restored it’s health with the Herba Mystica, take it down for a second time.

The Salty Herba Mystica you’ll eventually find in Orthworm’s den “helps with aching hands and feet”, and will allow your Koraidon/Miraidon to jump higher by holding down the jump button.

After the battle, you’ll be able to find, battle and capture the Former Titan Orthworm outside the other end of the hole it burrowed through earlier.

Koraidon/Miraidon Reward: The ability to jump higher while riding it by holding the B Button 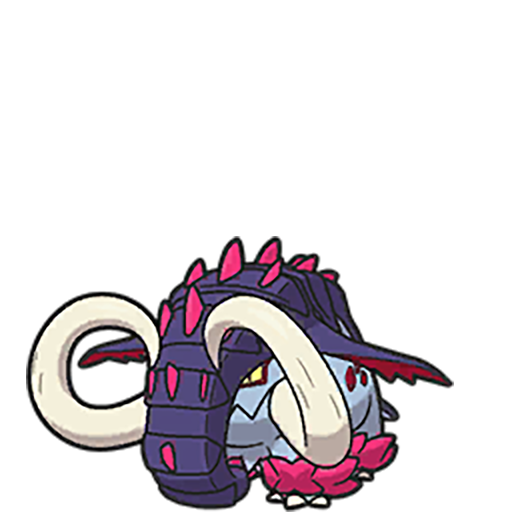 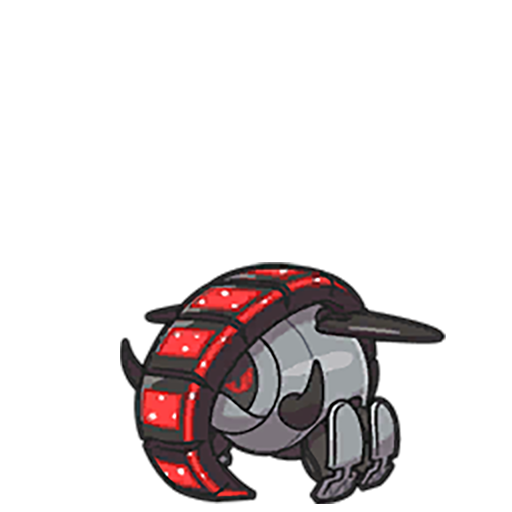 Mysterious earthquakes have been shaking up the Asado Desert lately, and the cause isn’t too hard to find if you head deep into the area because you’ll find a giant, though very strange looking, Donphan awaiting you. Of course, this isn’t actually Donphan, but one of Pokémon Scarlet & Violet’s special Paradox Pokémon. Whether you encounter Great Tusk or Iron Treads will depend on if you’re playing Scarlet or Violet respectively. They have slightly different types, so prepare accordingly!

These Pokémon will be your first taste of Paradox Pokémon and they’ll be a pretty fierce first impression for most players. Although both are Ground type Pokémon, their secondary types give them significantly different strengths and weaknesses, so your strategy will definitely depend on which version you’re playing.

Be very mindful of it’s high HP, Attack and Defense stats and don’t expect it to be slow just because it’s a big, bulky Pokémon. If you can focus on Pokémon with highly damaging Special attacks against any of it’s weaknesses, you should be able to make quick work of it, though.

Iron Treads is also even faster than Great Tusk, and still has relatively high HP, Attack and Defense stats, so again focus primarily on hitting it with Special attacks but don’t necessarily rely on out-speeding it.

After defeating either Pokémon for the first time, they’ll head deeper into the desert near some mountains to their den to recover. Once they’ve eaten the Herba Mystica there, it’ll be time for round two and to do it all over again.

Once finally defeated, you’ll retrieve the Sour Herba Mystica, “chock-full of nutrients and… great for boosting your overall health”, which will help your Koraidon/Miraidon be able to glide through the air.

Head back out into the desert to where you first roughly encountered the Titan Pokémon and you’ll find Great Tusk or Iron Tread standing waiting for your challenge. You can catch it now and get your hands on a powerful Paradox Pokémon well in advance of the next opportunity to do so in the final story missions of the game.

Koraidon/Miraidon Reward: The ability to glide through the air while riding it by pressing the B Button again after jumping. 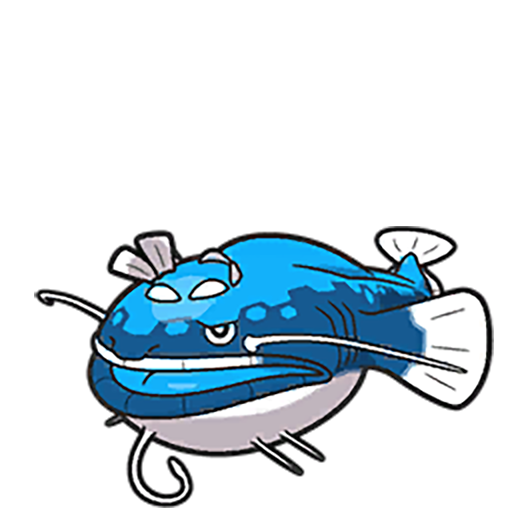 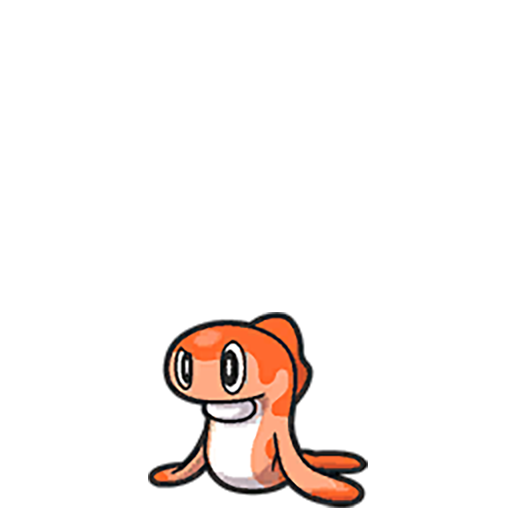 The word ‘false’ does a lot of heavy lifting for this, the most challenging of all the Titan Pokémon. Locals to Casseroya Lake describe a huge monster luring other creatures close and then feeding on them. It’s true appearance is unknown but it is expected to have a large mouth. That’s certainly true of the huge Dondozo you’ll first encounter and battle after it seemingly gulps down an unsuspecting Tatsugiri from the shoreline, but the truth is that the real titan is the Tatsugiri itself.

To find this Titan, you’ll need to head to the smaller of the two main islands in Casseroya Lake. You’ll find a bunch of Tatsugiri here that you cannot battle or catch, with one slightly larger-looking one right at the Northern shoreline waiting for you to interact with it. At which point a huge Dondozo will emerge and seemingly eat it…

Although the first battles in this Titan Challenge are ostensibly with the Titan Dondozo, it’s actually the Tatsugiri it seemingly ‘ate’ that’s calling the shots. This is because of Tatsugiri’s unique Commander Ability, which sees any pairing of Dondozo and Tatsugiri as allies in battle combine their forces as a single entity.

Whilst within Dondozo, however, it’s pure Water type is all you need to worry about, meaning you can safely focus on hitting it with Grass and Electric type Super Effective attacks.

After defeating the Titan Dondozo for the first time, it’ll swim off to the other island in the lake to knock down the wall protecting it’s Den. Rather than Dondozo feasting on the Herba Mystica within, however, Tatsugiri will leap out of it’s mouth, head into the den and then return to be ‘eaten’ again.

Again, you’ll have to defeat Dondozo, this time with a slight power boost and it’s health restored. Arven will be there to help this time if you need it, but defeating the Dondozo is only half the story.

After finally taking care of the Titan Dondozo, you’ll now be faced with the true Titan – the Tatsugiri.

This time, you’ll have to factor in Tatsugiri’s Dragon type, which will reduce the effectiveness of Grass and Electric attacks, but make it weak to Dragon and Fairy moves. It’s defensive stats are significantly lower than Dondozo’s, so without it’s protection it shouldn’t take much to bring it down – but be mindful of it’s very high Special Attack stat all the same.

After all of that you’ll be able to claim the Spicy Herba Mystica for yourself, a herb that can “boost your metabolism” and will allow Koraidon/Miraidon the ability to climb up walls and mountains. A must-have ability if you intend to head to the Northern Mountains of the Paldea Region for the final Gym battles.

You can head back to the shoreline you first encountered Tatsugiri to find it slightly smaller now, but with the ability to actually battle and catch it this time. If you want to take advantage of it’s Ability for yourself, try using it in a Double Battle alongside Dondozo. Perhaps at the Montenevera Gym?

Koraidon/Miraidon Reward: The ability to climb up surfaces while riding it by pressing the B Button while facing a wall.

Now that you’ve completed the Path of Legends, only one challenge remains: defeating Arven himself. Head back to the lighthouse where you two first met and be prepared for his strong and varied team: 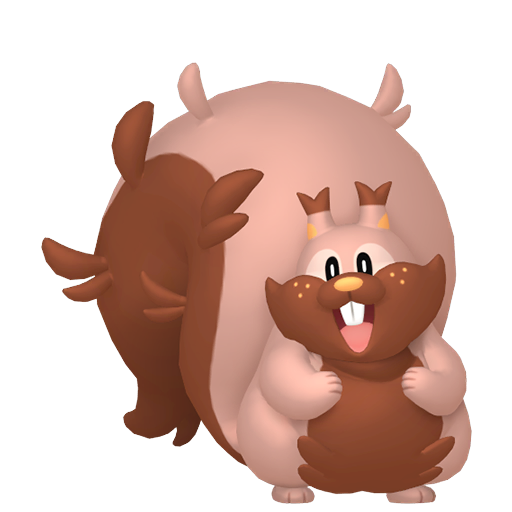 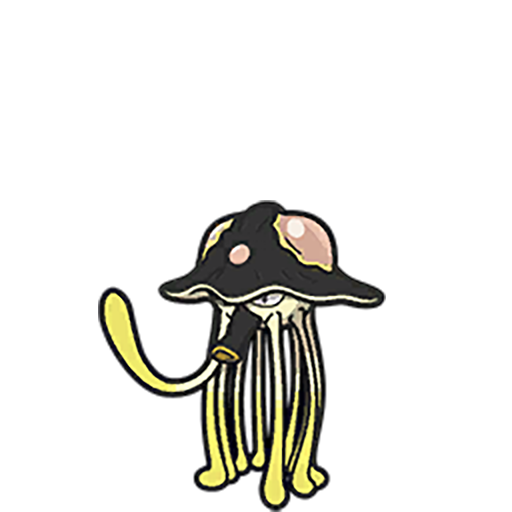 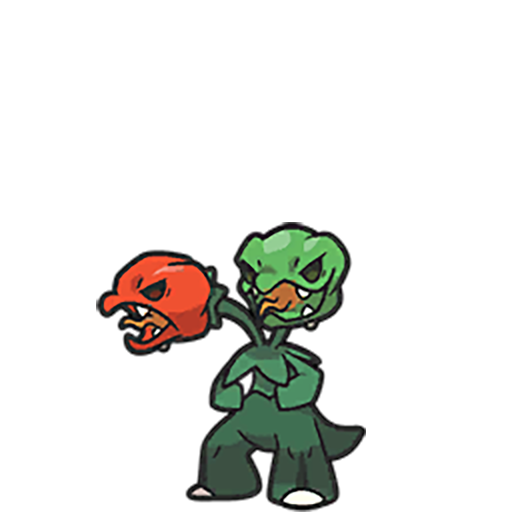 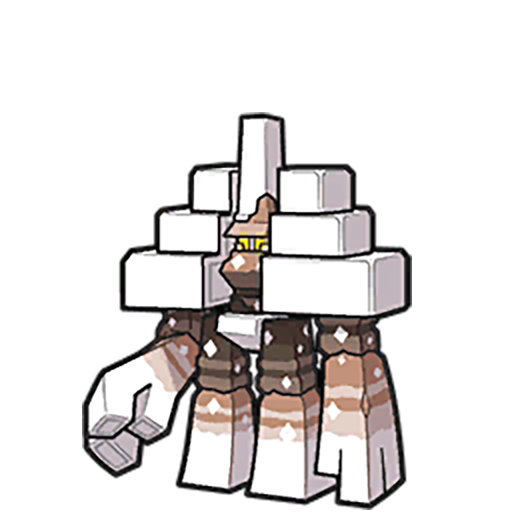 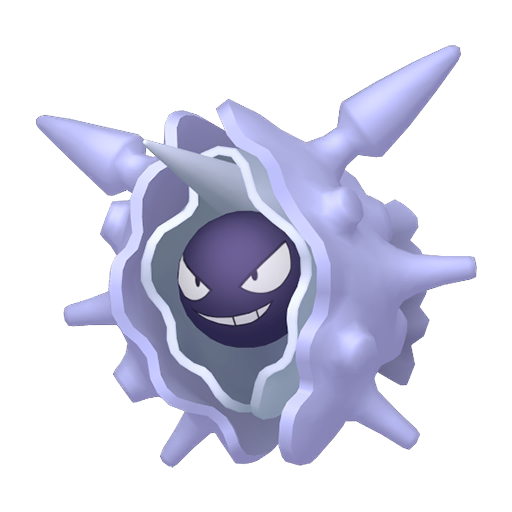 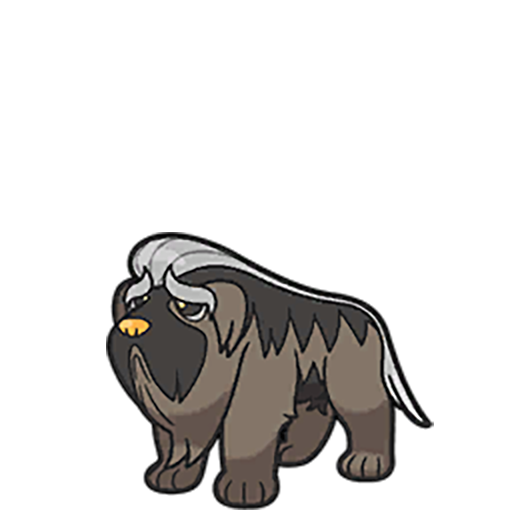 Take on the other two Main Story Paths

Now that you’ve finished the Path of Legends, be sure to check out our guides on how to complete the Pokémon League Challenge Path and Team Star’s Operation Starfall!