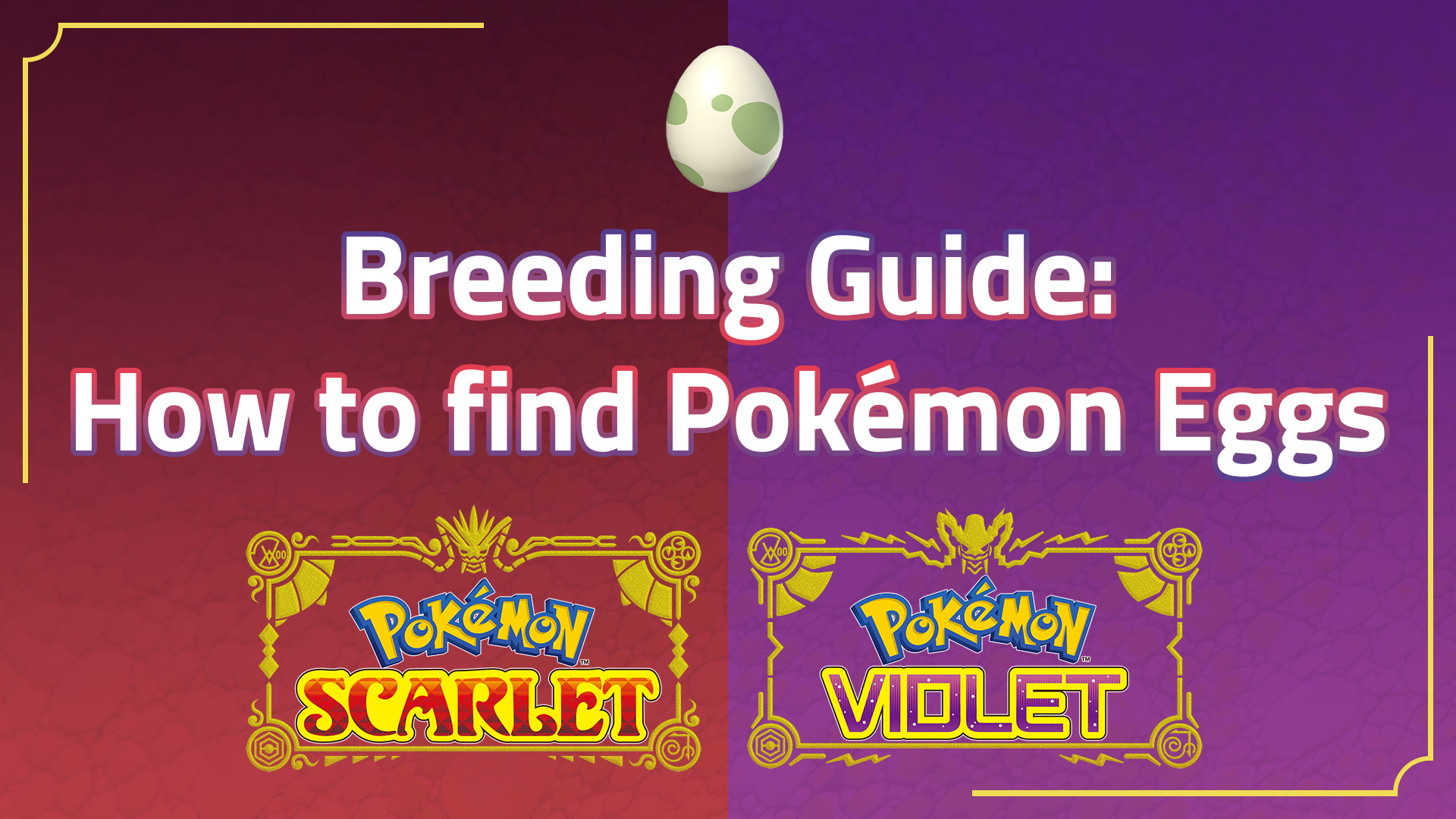 Ever since Pokémon Eggs were first introduced in 1999’s Pokémon Gold & Silver they’ve been a key part of both competitive gameplay and shiny hunting, not to mention simply producing more of the same species of Pokémon to play and trade with. Multiple updates have been made to the mechanics of how this works over the years, but Pokémon Scarlet & Violet represent the biggest change to Pokémon Breeding in the entire 2 decades it’s been possible.

In every Pokémon region up until now, a Pokémon Daycare service has been available to raise your Pokémon while you head off on the rest of your adventure. From Pokémon Gold & Silver onwards, you’ve also been able to leave two compatible Pokémon at a Daycare and eventually receive a Pokémon Egg from them. In Pokémon Scarlet & Violet, however, all of that has been replaced with the new Picnic mechanic.

Taking Pokémon on a Picnic

Now, if you want to ‘breed’ your Pokémon, you’ll need to stop somewhere out in the Paldea Region and take them for a Picnic. At the end of your picnic table, you’ll find a picnic basket, and within this basket is where you will eventually find Pokémon Eggs.

Unlike previous games where you could only generate a single Pokémon Egg from a pair of Pokémon at a time, however, any compatible Pokémon in your party will continuously have a chance to generate a Pokémon Egg.

So, if your team is made up of, for example: 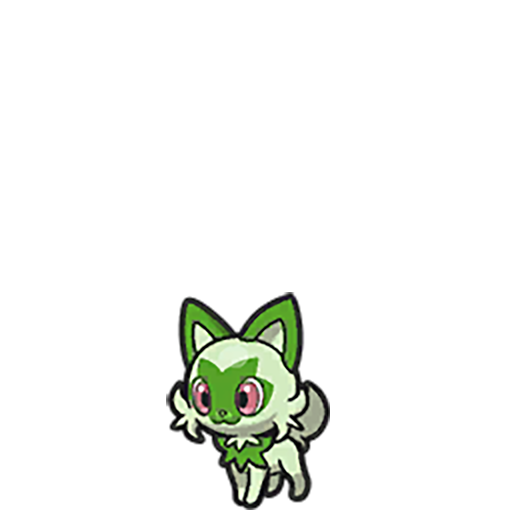 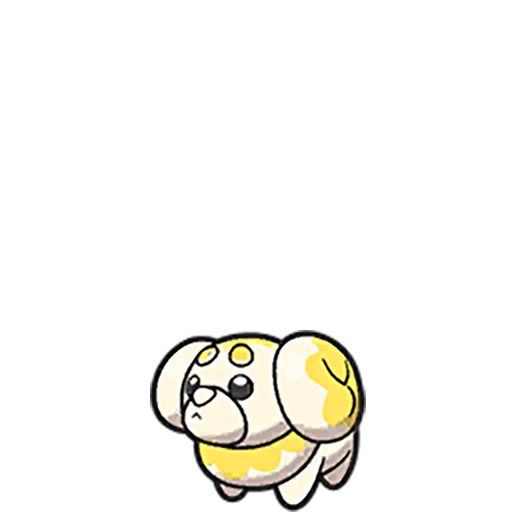 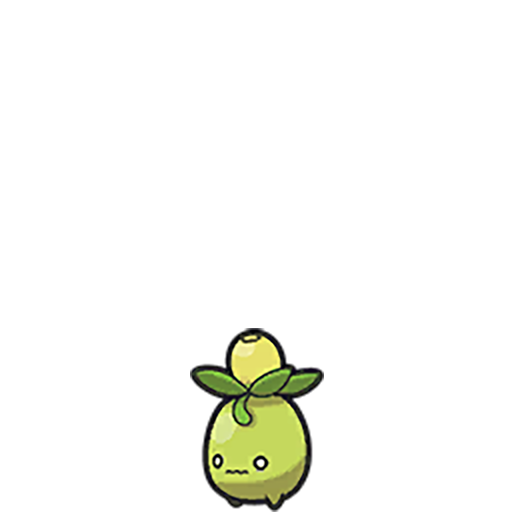 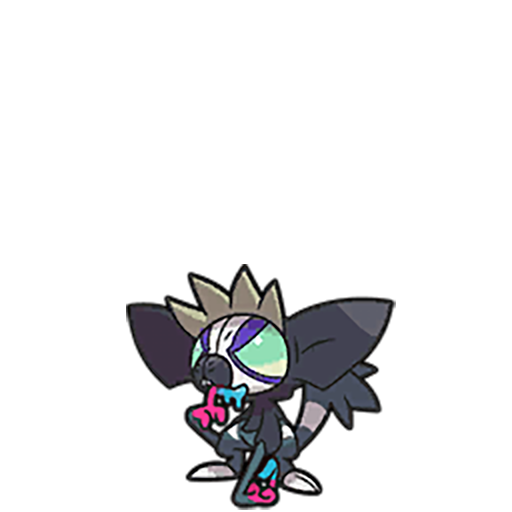 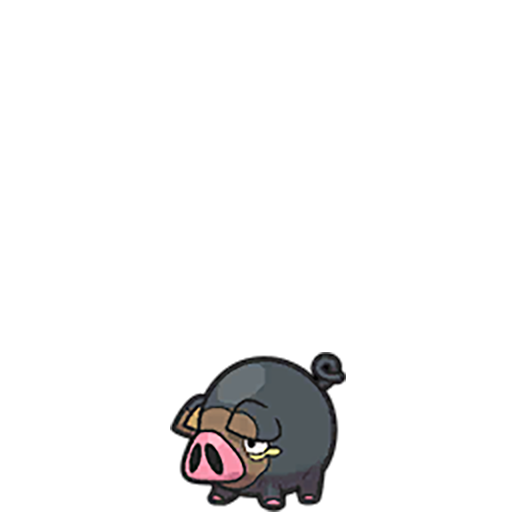 Then you may end up finding multiple Pokémon Eggs that will hatch into Pichu, Sprigatito or Lechonk from the following potential matchups based on the Pokémon’s Egg Groups:

How to know which Pokémon are compatible?

You can see all compatible breeding partners for a given Pokémon by looking them up in our PokéDex.

Most Pokémon, including those that are exclusively Male or Genderless, can also breed with Ditto – except for Ditto itself and any Pokémon in the ‘Undiscovered’ Egg Group.

Finding and catching Ditto is therefore a pretty useful and high priority task for anyone looking to get serious about breeding Pokémon for any reason. In Pokémon Scarlet & Violet, though, that can be easier said than done, so make sure to check out or complete guide on how to find and catch Ditto in the Paldea Region!

What Pokémon will hatch from Pokémon Eggs?

Previously, Pokémon that had new baby forms introduced in a future Generation from Ruby & Sapphire onwards required special incense held items to produce eggs of those baby forms. Specifically, Wynaut, Azurill, Munchlax, Happiny, Mime Jr., Chingling, Bonsly, Budew and Mantyke all required one of their parents to be holding a specific Incense item or the eggs would hatch into their evolved forms, Wobbuffet, Marill, etc.

In Pokémon Scarlet & Violet, these Incense items are no longer required at all. A female Wobuffet, or a male breeding with a Ditto, will always result in Wynaut Eggs.

No need to run around like a headless chicken

Previously, getting Pokémon Eggs typically required wearing a hole out in a straight line path outside the Pokémon Day Care. The chances of a Pokémon Egg being generated were re-calculated on each step you took, and you had to pick up the eggs one at a time.

Now, the Pokémon Eggs are generated over time instead. So, you can simply wait a few moments to check the basket and if no Pokémon Eggs are ready yet, try again in another few. The amount of Eggs in the basket will also stack, so there’s no danger of missing any if you leave your Pokémon to play for a few minutes while you fix yourself an actual real life snack.

Unlike the Pokémon Daycares, there’s no visual indicator that an Egg is ready in the Picnic basket, so you’ll have to just keep checking it yourself whilst picnicking.

Meanwhile, Pokémon that are not compatible, or are in the ‘Undiscovered’ Egg Group and cannot Breed at all, will never generate Pokémon Eggs.

All Pokémon of any gender within normal Egg Groups (ie: not the ‘Undiscovered’ or ‘Ditto’ Egg Groups) Male-only or Genderless Pokémon can also breed with Ditto, resulting in Pokémon Eggs of the non-Ditto species.

Using Food and Sandwiches to speed up Pokémon Egg collecting

The Sandwiches you can make at Picnics aren’t just a time-wasting mini game while you wait for Pokémon Eggs to appear, they can also dramatically speed up the rate at which you’ll find them.

Certain Sandwich ingredients, or meals you can find at cafés, food stalls and restaurants across the Paldea Region, will have an ‘Egg Power’ boost that will last for a certain amount of time. The higher the level of this boost is, the faster you’ll find Pokémon Eggs.

If you want to make a Sandwich with the best boost to your chances of finding Eggs, these are the ingredients you’ll want to make sure are in it. It’s up to you whether you want to combine them into something that sounds edible, though…

How to get just the Pokémon Eggs you want

Because Picnics are now effectively Pokémon Egg free-for-alls, if you only want specific Pokémon Eggs – say, for example, you want to breed a Sprigatito egg for a friend – you have to ensure your team only has the two Pokémon you want to produce Eggs together in it before starting the Picnic.

All Pokémon Eggs you collect from the Picnic basket will always go straight into the last Pokémon Box you had open, or the first available space afterwards if it is full. This means you may also wish to preselect a specific Pokémon Box, and perhaps rename it to indicate which species of Pokémon Eggs are about to be deposited within it, before you start the Picnic, too.

Is there any way at all to know what’s inside a Pokémon Egg before it hatches?

Other than a bit of pre-management for where you want Pokémon Eggs to be deposited, your options for knowing what’s in the Egg before it hatches are very limited. If your boxes are organised well enough to know what they are at the moment they’re deposited, you could use the Markings feature to add one or more of the red or blue symbols to the egg/s, although you may also wish to make note somewhere of what those markings mean for later.

One additional feature, however, comes into play when trading with friends. A new feature in Link Trades will highlight Pokémon within your boxes that your trading partner does not have in their PokéDex. Curiously, this also includes the contents of Pokémon Eggs, the first (from top left) of which in a given box for a species your partner does not have will glow just like any other Pokémon. At the very least, this can guarantee that you will only trade Pokémon Eggs to your friends that will hatch into new entries for their PokéDex.

Most of the mechanics around passing down Pokémon Moves to Pokémon Eggs have remained unchanged. That means hatched Pokémon may know the following attacks:

How to pass down Pokémon Egg Moves

As with previous Pokémon games, most Pokémon that can hatch from Pokémon Eggs also have a range of moves they can only learn by having them passed down from either of it’s parents if they know the attack. This is still the case, however, for certain Egg Moves this often required a chain of one or more Pokémon Egg steps as the parents would often need to have learned the attack as an Egg Move themselves.

In Pokémon Scarlet & Violet, this can now be skipped entirely by using the new Mirror Herb mechanic to transfer Egg Moves between Pokémon during Picnics. We have an in-depth guide to this new Egg Move mechanic here, but the short version is this:

Pokémon will inherit three, out of a possible 12, Individual Stat (a hidden stat ranging from 0 to 31 that is used along with a Pokémon’s base stats to calculate it’s actual stats) values from it’s parents under normal circumstances. Having one of the parents hold a Destiny Knot item will mean they will inherit 5.

Meanwhile, another parent holding one of the ‘Power Items’ (Power Anklet, Power Band, Power Belt, Power Bracer, Power Lens or Power Weight) will guarantee that the IV that corresponds to the specific item’s stat (see below) from the parent holding it will be passed on.

You can pass down Pokémon Abilities from parents to Pokémon Eggs, but it largely isn’t controllable. Female Pokémon that breed with another member of their own Egg Group or a Ditto will have an 80% chance of passing down a non-Hidden Ability from mother to child.

If a Pokémon has a Hidden Ability, however, they have a 60% chance of passing it down to their Pokémon Eggs, even if the parent is male breeding with a Ditto. This includes Pokémon that switched to their Hidden Ability using the rare Ability Patch item.

As with previous games, if one of the parents is holding an Everstone, their nature (the value which determines which of their 6 stats will be higher or lower than if neutral) will be directly passed down to all of their Pokémon Eggs.

The type of Poké Ball the female Pokémon was originally caught in can also be passed down to the Pokémon that hatch from their Pokémon Egg offspring. However, if both Pokémon are from the same Pokémon Species, there is a 50/50 chance of the inherited Poké Ball matching either parent, while male or genderless Pokémon breeding with a Ditto will always pass down theirs.

The only PokéBalls this does not work for are Master Balls, Cherish Balls and Strange Balls – the type of Poké Ball that will replace Poké Balls like Jet Balls from Pokémon Legends Arceus.

Increasing your chances of hatching a Shiny Pokémon

In Pokémon Scarlet & Violet, there is an additional boost to encountering Shiny Pokémon through ‘Sparkling Power’ boosts from Sandwiches, however, this does not apply to Pokémon Eggs. These boosts will only apply to Wild Pokémon encounters, so cannot be used to influence whether a Pokémon Egg will hatch to be Shiny.

As well as streamlining the process of obtaining Pokémon Eggs, the steps required to hatch them has also been dramatically reduced for Pokémon Scarlet & Violet. Whereas typically it could take as much as 5 to 10 minutes per Egg to hatch by cycling back and forth over the same route constantly before, you can now easily hatch Pokémon Eggs in a minute or two of running around.

You can still speed up this process even further by putting a Pokémon with the ability Flame Body – such as Fletchinder or Talonflame – in the first slot of your party. This will halve the total amount of steps required for an Egg to hatch, which could be as little as a single minute of running in Pokémon Scarlet & Violet.